ADDIS ABABA- The Kenyan Red Cross said nearly 5 000 people have fled to Kenya from the Ethiopian border town of Moyale after the weekend shooting of nine civilians by troops.

The Ethiopian state media reported that soldiers on Saturday shot nine civilians near the town after mistaking them for members of the banned Oromo Liberation Front (OLF) who were trying to sneak into the country.

The Red cross said in a statement, “Approximately 5 000 refugees have arrived in Moyale, the majority being women and children,”

“These include pregnant and lactating mothers, chronically ill persons, those abled differently and the elderly.”

A Moyale resident said that Ethiopian soldiers were looking for Oromo activists, the town is separated between two sides, one side of Ethiopia and the other Kenya. 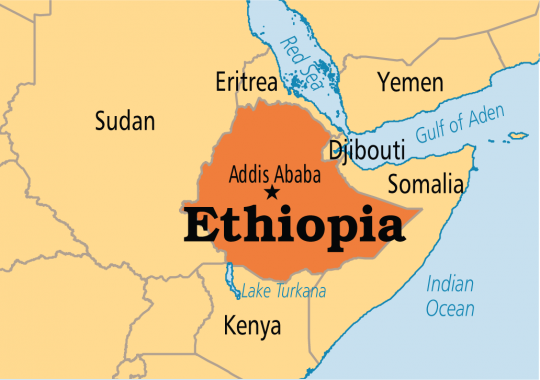 The Moyale resident said to AFP, “There is continued aggression and harassment which creates fear and forces people to flee,”

Oromia has been the centre of a protest movement against Ethiopia’s one-party rule that started in late 2015 and spread to the neighbouring Amhara region, the clashes between the ruling government has left hundreds dead and the clamped down of the movement has resulted in ten of thousands of arrest.

The government attempts to end the anti-government movement it imposed a 10 month state of emergency in October 2016.