CAPE TOWN- 7 de Laan actress Vinette Ebrahim went through a remarkable transformation for her character where she plays twins Charmaine and Vivian, and for the male character she transformed into a Charmaine.

Charmaine is a businesswoman, motherly, steady, Vivian is the mental stable. As many viewers were astounded when Vivian recently posed as a man in order to escape from a mental institution. 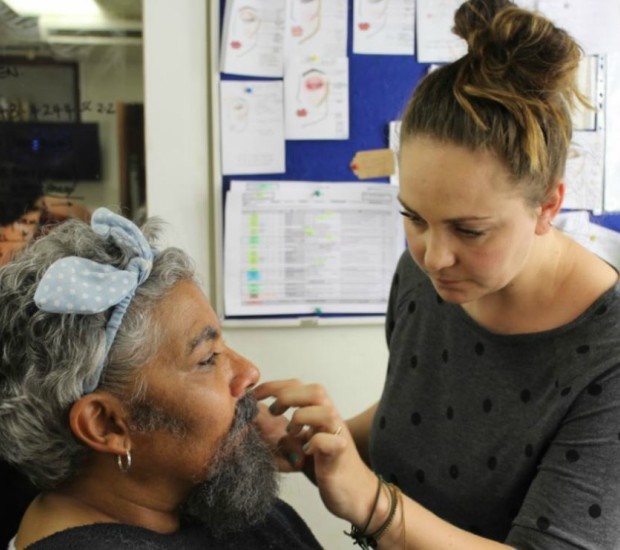 Transformation took two hours, makeup artist Nicola Roodt  at 7de Laan, told YOU,  “Our storylining department came up with the idea and we went looking for inspiration that would suit the structure of Vinette’s face – it influences the kind of man into which we transform her appearance.” “After that we added more hair to her eyebrows to take away the feminine brow line and make her features appear more severe. We combed all her hair back and added glasses to further hide her feminine features. The glasses also helped complete the character’s appearance,” Nicola said. Vinette Ebrahim said her co stars did it even recognize her, she said, “The other actors on set were laughing hysterically. Some of them didn’t even recognise me on set.”