Johannesburg- After many rumors and speculations, Ayanda Thabethe has confirmed that she and Zulu Mkhathini (well known as Dash) have split and she’s said that she’ll always think the world of him.

In an impromptu Q&A session on her Instagram stories confirmed the break up.

“I’m single again. I’ll always think the world of him,” she said after a fan asked about the status of her relationship.

The Top Billing presenter said she has been focusing herself now and is no rush to look for a man.

“I’m not looking. I believe life will bring at the right time. I’m not in a rush either. I love a guy that is secure in himself and his self worth, honest, humble and kind. One who is hard working, ambitious, family orientated, adventurous and God fearing.”

Ayanda shared that if there is a regret she had, it was dating rather than starting businesses when she was younger.

“I wish I had dated less and started businesses much younger lol, boys will always be there – just get your own coin. Start where you are with what you have, start with fear in your heart, trembling. Just start…”

In 2017, Dash told TshisaLIVE that the pair had been dating for over two years and at the time said his girlfriend is one of his biggest supporters.

“We weren’t being secretive. I think it was just, at first, that people were trying to put two and two together. So it was people who were guessing (about our romance). It’s not that we are public or secretive, we are just doing what makes us comfortable. If we want to post, we will post. If we don’t post than we don’t. It is not a secret, but it also not advertised,” he said. 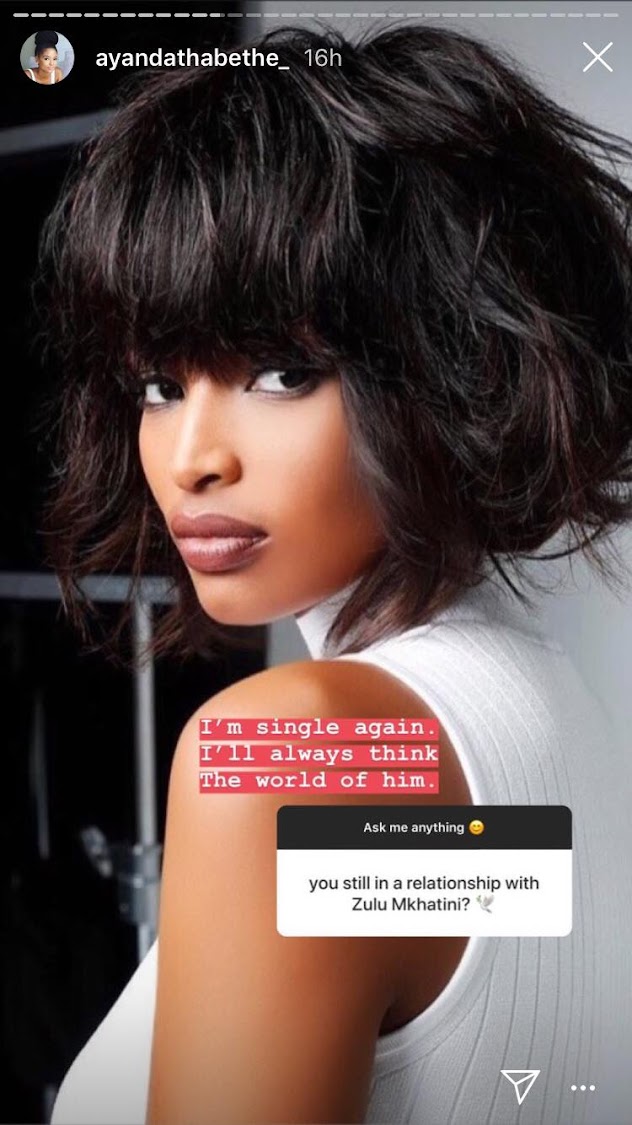 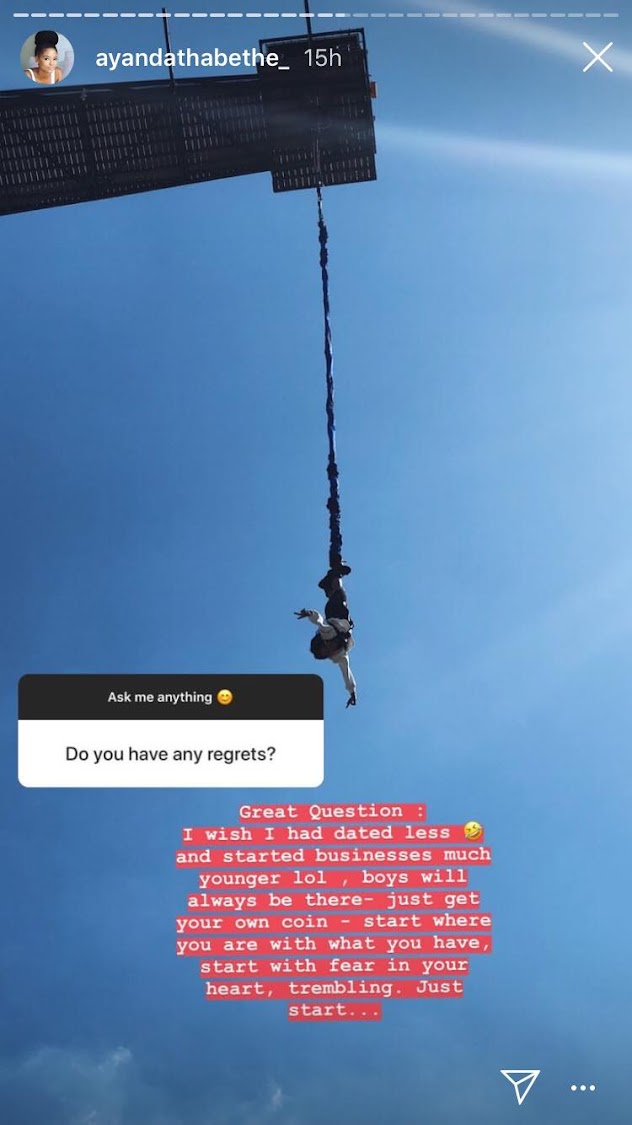 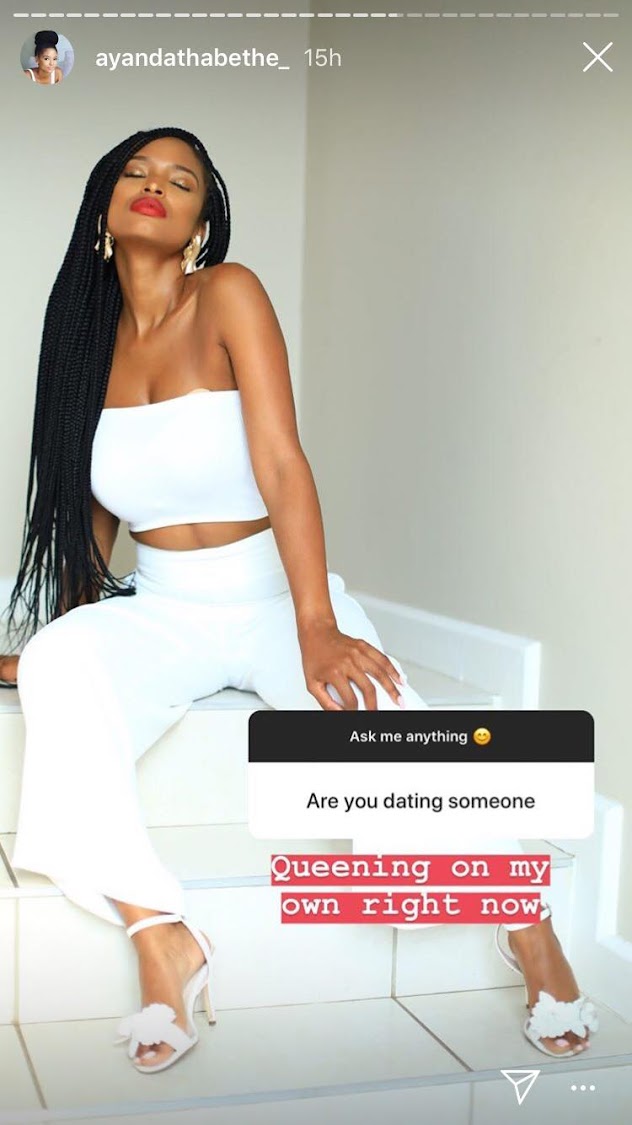 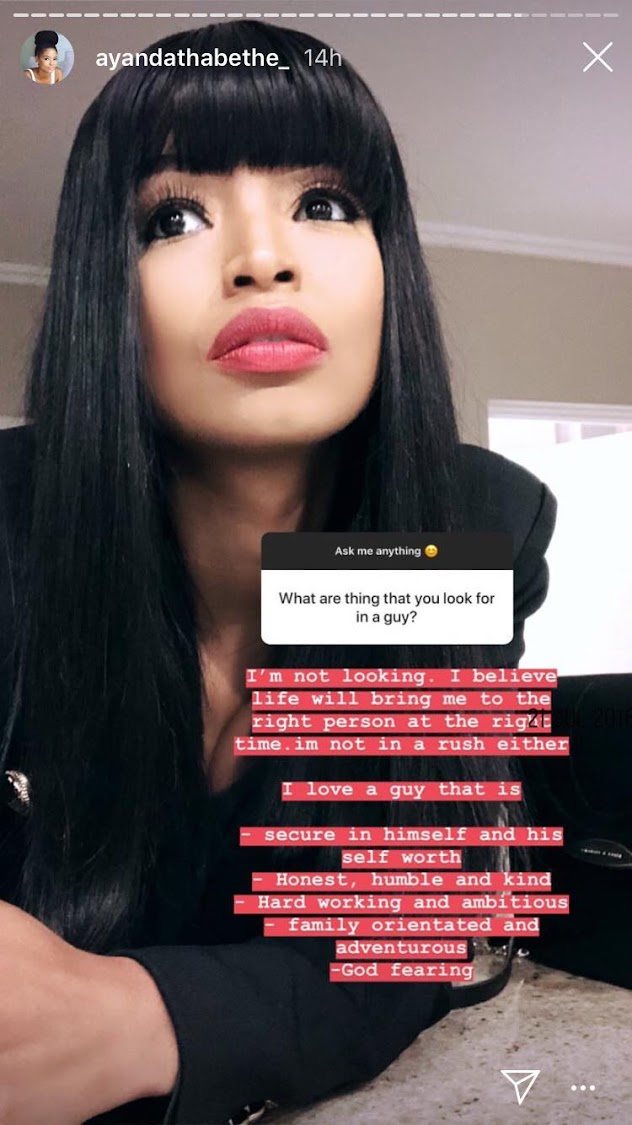