JOHANNESBURG – Desiree Ellis’ players beat Mali 2-0 in the semi-finals of the Women’s Africa Cup of Nations to book their place in the biggest showpiece in world football.

Thembi Kgatlana scored Banyana’s first goal in the 31st minute, capitalising on some horrendous Mali defending. Refiloe Jane whipping in the cross that left that back line in sixes and sevens.

In the 80th minute, Lebohang Ramalepe added the cherry on top with a beautiful long-range shot that the goalkeeper just couldn’t deal with. 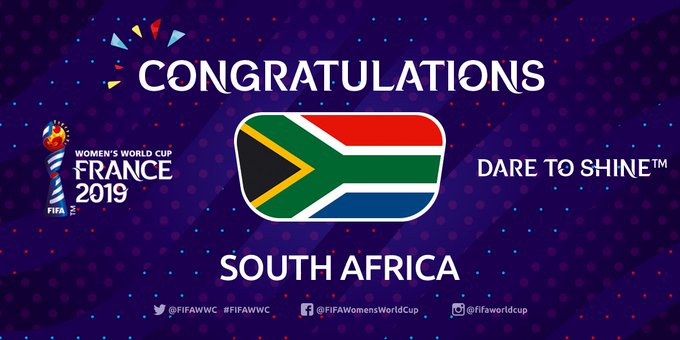 @Banyana_Banyana will make their #FIFAWWC debut at France 2019 after reaching the final of #TotalAWCON18!

1,101 people are talking about this

South Africa were superior from the first whistle, dominating possession and efforts at goal.

The Women’s World Cup is set to take place in France next year and Banyana will be one of three African nations representing the continent and South Africa.

The dream may have been realised, but the ladies still have one more hurdle to get over in Ghana. They have a meeting with defending champions Nigeria on Saturday, where they will battle for the Afcon title.

South Africa stunned the Super Falcons of Nigeria in the opening game of this tournament, beating them 1-0. That famous result was then followed by 7-1 win over Equatorial Guinea and a 1-1 draw with Zambia.

The Nigerians will now be expected to come for revenge and another African title.

Cameroon and Mali will meet in the third/fourth place playoff on Friday, with the winning clinching the last African spot at the World Cup.