WASHINGTON- Hundreds of thousands of protesters have taken to the streets across the US to call for tighter gun control.

The March For Our Lives movement was formed after a high-school shooting in Parkland, Florida last month.

She listed the names of the 17 victims – and then stayed silent on stage for six minutes, 20 seconds – the time it took for them to be shot and killed.

Participants want to seize on public outrage in the wake of the 14 February massacre at Marjory Stoneman Douglas High School in Parkland to convince US politicians to finally take decisive action, including by banning the sale of assault weapons. 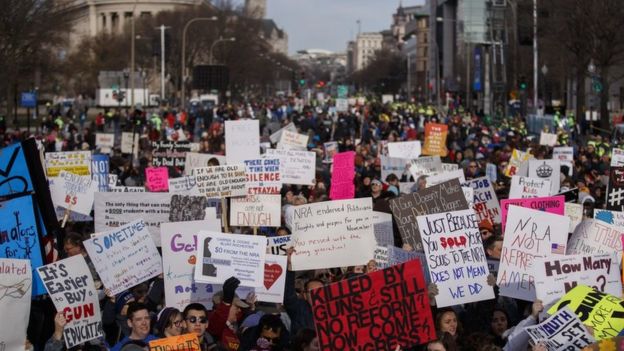 However, the issue divides Americans. The right to bear arms is protected under the 2nd amendment of the US constitution and the National Rifle Association (NRA) gun lobby remains highly influential.

President Donald Trump is at his Mar-a-Lago resort in Florida for the weekend. 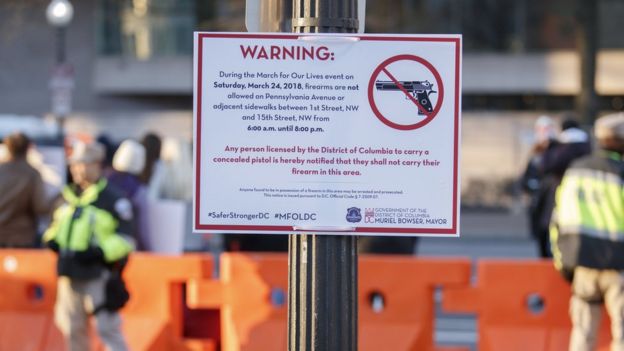 Photo Credit- BBC.com No guns are allowed on the march route in Washington DC 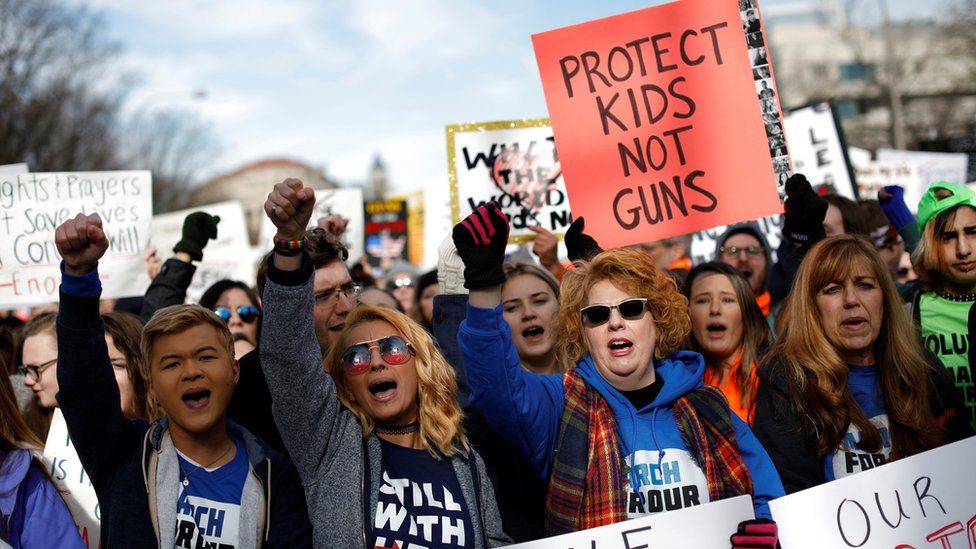 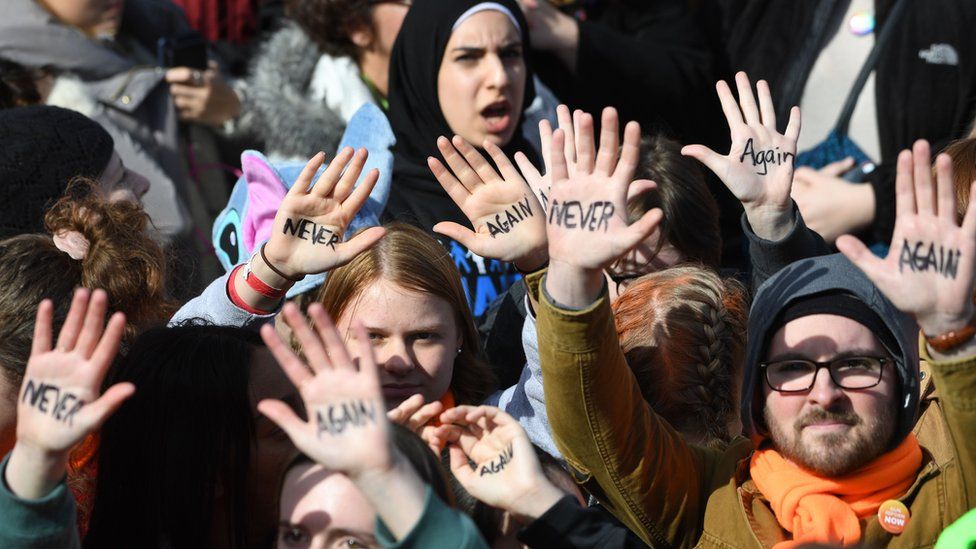 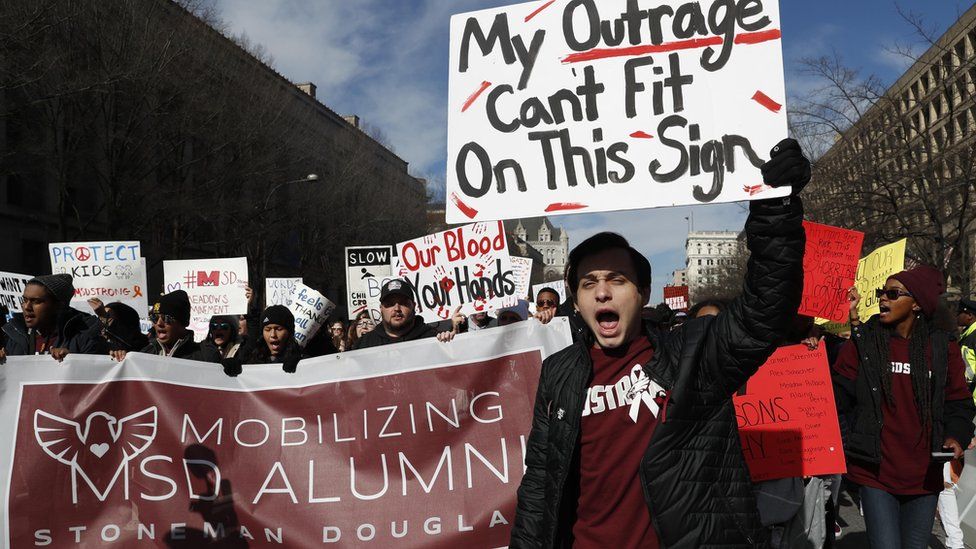