A jailed Belarusian opposition leader has said she feared for her life when security officers threw a bag over her head during an attempt to deport her.

Through her lawyer, Maria Kolesnikova said she was forced into a van and told that if she did not leave willingly she would be removed “alive or in bits”.

She is now seeking a criminal case against Belarusian security forces including the KGB, her lawyer said. 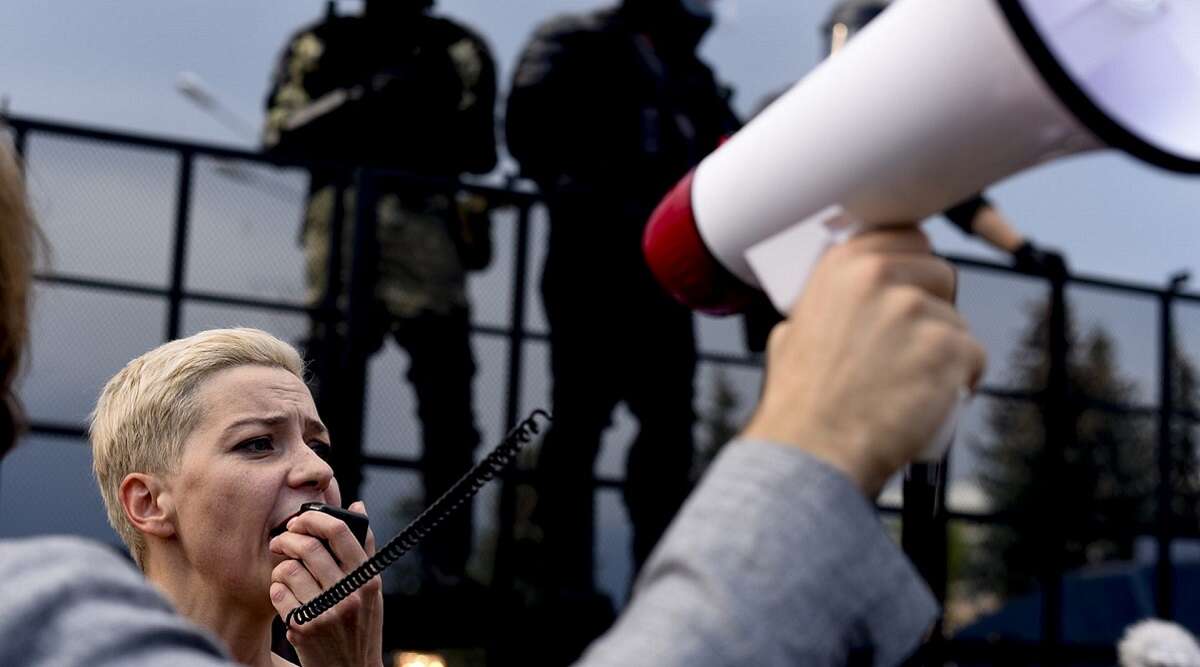 Belarus has been gripped with unrest since last month’s disputed polls.

Kolesnikova is one of three women who joined forces to challenge President Alexander Lukashenko in the August elections. She’s the last of the three women to remain inside the country after she resisted attempts to forcibly deport her into Ukraine earlier this week.

The main opposition leader, Svetlana Tikhanovskaya, says she won 60-70% of the election in places where votes were counted properly. She fled to Lithuania after she was detained in August.

In a statement filed by her lawyer, she said she had been forced into the van by masked men on Monday in the capital, Minsk.

“It was stated that if I did not voluntarily leave the Republic of Belarus, I would be taken out anyway, alive or in bits. There were also threats to imprison me for up to 25 years.”