JOHANNESBURG – Beyoncé led an all-star line-up including Ed Sheeran, Jay-Z and Usher in Johannesburg at a concert to honour the life and legacy of Nelson Mandela on Sunday.

The concert was the biggest concert of the year, as the event celebrates the centennial of Mandela’s birth in 1918, and part of a campaign to tackle poverty, child malnutrition, edict and help decrease the gender equality gap.

The Global Citizen Festival was held at Johannesburg’s 94,736-capacity FNB stadium this year and saw Beyonce perform several of her hits as well as as a duo with Ed Sheeran.

Thousands of music fans flocked to the stadium, as they were also entertained by African artist, Dbanj, Tiwa Savage,  WizKid, Cassper Nyovest and many more. Many of the concert goers received tickets for free, in reward to their activism and campaigning work. 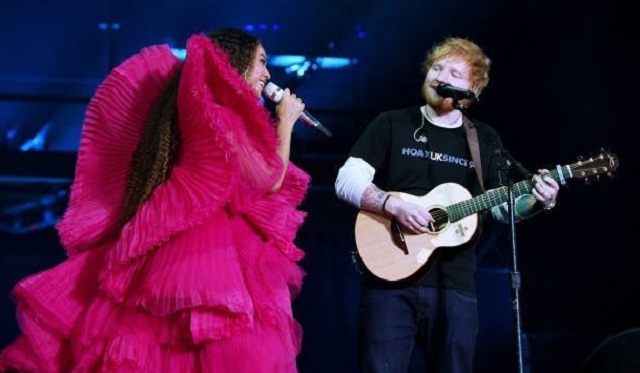 ” I’m proud of be a global citizen, because they are trying to make a positive impact on people’s lives – especially women’s and children’s issues,” said Nokthula Khuzwayo, 23, from Soweto.

“I loved Dbanj’s performance and of course Queen B and Jay-Z, even though it was a brief one.”

“We are here to act in one voice,” said Ramaphosa.

South African stars Trevor Noah, who was the host, with Bonang Matheba also making  appearances, as the local fans showed their love for the TV personalities.

Oprah Winfrey made a moving speech, hailed Mandela’s “goodness and integrity”, describing him as her “favourite mentor”.