Bill and Melinda Gates have announced their divorce after 27 years of marriage, saying “we no longer believe we can grow together as a couple”.

“After a great deal of thought and a lot of work on our relationship, we have made the decision to end our marriage,” tweeted the pair. 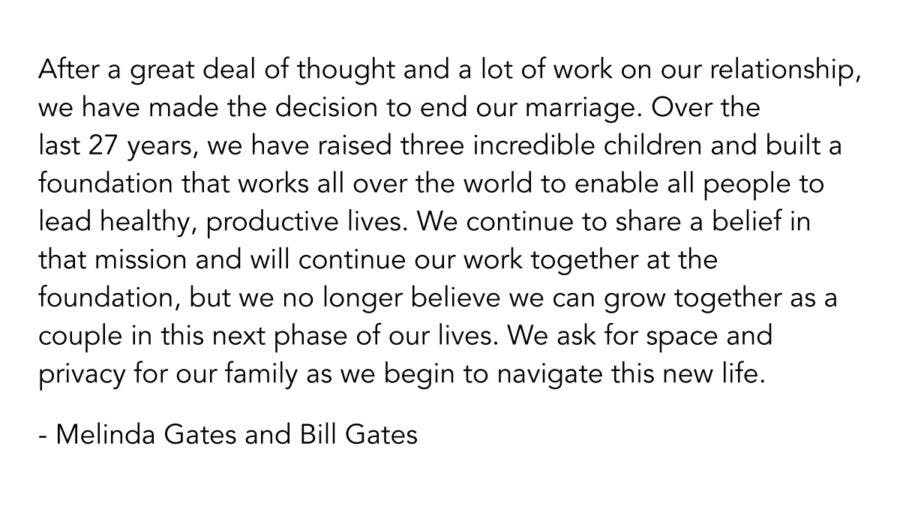 The couple first met in the 1980s when Melinda joined Bill’s Microsoft firm.

They have three children and jointly run the Bill & Melinda Gates Foundation, an organisation that has spent billions fighting causes such as infectious diseases and encouraging vaccinations in children.

According to Forbes, Bill Gates is the fourth wealthiest person in the world with a networth of $124 billion.

He made his money through the firm he co-founded in the 1970s, Microsoft, the world’s biggest software company.

Both Bill and Melinda posted the statement announcing their divorce on Twitter. 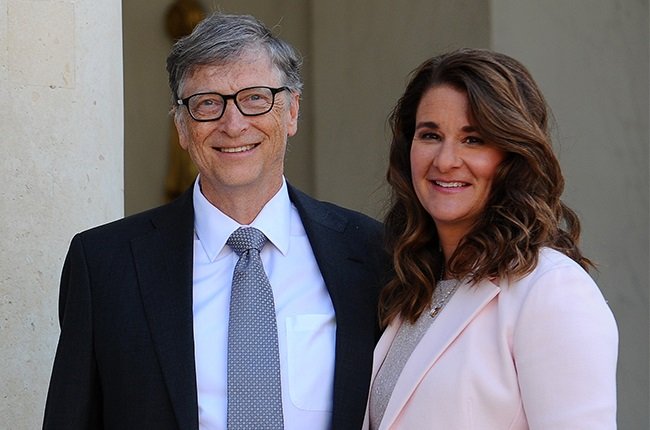 “Over the last 27 years, we have raised three incredible children and built a foundation that works all over the world to enable all people to lead healthy, productive lives,” read the statement.

“We continue to share a belief in that mission and will continue our work together at the foundation, but we no longer believe we can grow together as a couple in the next phase of our lives.

“We ask for space and privacy for our family as we begin to navigate this new life.”