When buying a true executive car, top of the list remains the three German sedans. The Audi A8 has fallen behind in popularity and a new Mercedes-Benz S-Class is coming in 2020, so BMW looks like it is in a pole position with its 7 Series, the updated version of which we just drove in Portugal and which will arrive in SA in late May or early June 2019.

“It represents our brand like no other,” Rainer Thoma, head of project 7 Series, told us. “It’s our flagship.”

All the models will be long wheelbase versions, providing rear seat occupants with up to a huge 1,127mm of legroom to stretch out in while planning that next board meeting. The grille, which totally dominates the new frontal design, has seen the bonnet lifted by 50mm.

Some will like its increased presence; after all, styling is a subjective thing. The changes have come about because BMW sold 44% of its 7 Series models in Asia in 2018 and the Chinese wanted a bolder front end in order for it to provide more status over the 5 Series.

The front also gets a new bumper treatment with two options of more chrome in the Design Pure Excellence package or a more aggressive look with the M-Sport package, which is standard on the mighty M760Li. There are also standard LED lights and the option of laser lights. 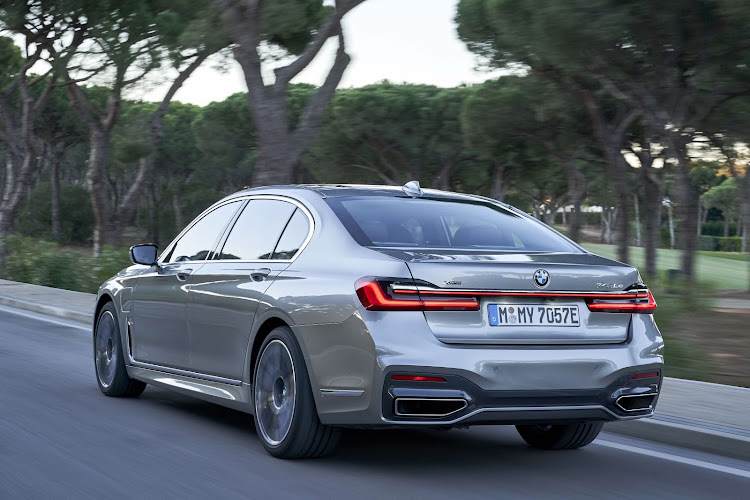 Main changes at the rear include a new full-width light strip
Image: Supplied

The breathers behind the front wheels have become more upright, again at the request of the Chinese, while the rear has been totally transformed with new L-shaped lights and a light strip that runs the width of the car.

The windows are 0.6mm thicker and there is more sound insulation inside the wheel arches in order to make things even quieter in the cabin. The dynamics have been reworked and the ZF transmission tweaked.

New technology includes the latest infotainment system, and updates to the gesture control including the ability to “thumb” your way through music tracks. All well and good adding gestures, but the system is still a bit hit and miss in its operation. The same is true of the Personal Assistant, which allows you to say “Hey BMW” and interact with it. Once again we experienced a few problems with it recognising what it was being asked, eventually leading to the realisation that is was just quicker to use the manual controls.

A nice feature for the 7 Series though is the digital key — which can be programmed for up to five different drivers — perfect if you operate a chauffeur service with drivers switching cars. 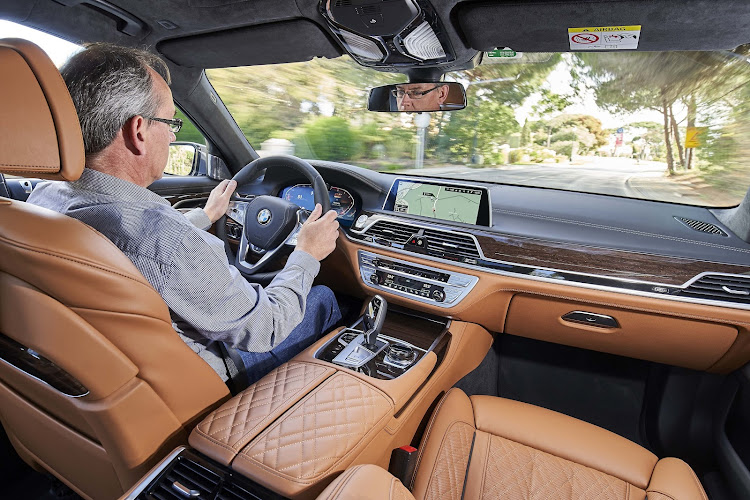 Plenty of space, comfort and tech for the driver.
Image: Supplied

As cool tech goes though, you can’t beat the new Reversing Assistant. In the last 7 Series you could use the key fob to remotely move the car backwards or forwards. Now it will remember the last 50m you drove in case you find you have forgotten something at home or need to back away quickly from a service delivery protest.

Engage reverse, select Reversing Assistant on the touchscreen and press the accelerator. The car will then manage all the steering to take you back 50ms before telling you to take back control. It might seem a little gimmicky, but it’s all part of the many steps towards autonomous driving.

Clever tech aside, the main thing 7 Series owners want to know is about the interior. As you would expect, it’s very plush with new leather options, high-definition touchscreens for the rear seat entertainment and a new Bowers & Wilkins audio system.

Bigger changes have occurred in the engine bay, with upgrades to many of the powerplants. The 750Li gets a new V8 unit with 60kW more power at 390kW, while the plug-in hybrid (PHEV) 745Le gets a new straight-six, which together with the updated batteries gives a combined output of 280kW, jumping to 290kW in Sport mode. The PHEV also gets an increase in electric-only range from 50km to 58km. Interestingly, the M760Li drops power from 448kW to 430kW, mainly to reduce emissions. 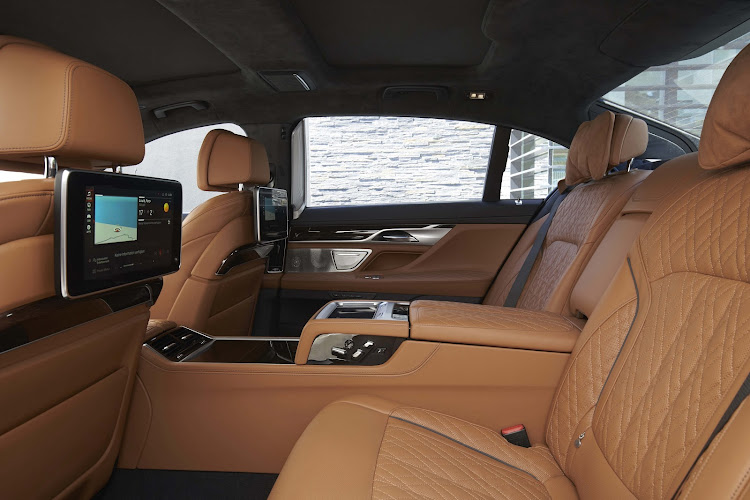 The long wheelbase versions provide up to 1,127mm of rear legroom and lots of tech
Image: Supplied

At the launch we drove the 750Li and 745Le. Dynamically they were both superb, particularly for cruise ship executives, weighing in at more than 2-tons. The xDrive all-wheel drive and active rear-wheel steering both helped to keep things precise on narrow Portuguese roads.

However, in spite of claims that the suspension settings for the Executive Drive Pro system have been revised to reduce pitch and yaw, the 7 Series proved to be rather wafty, so much so that it induced a feeling of motion sickness in me and my driving partner.

Fortunately, we found a solution: switch the system to Individual and then put the suspension in Sport with all other settings in Comfort and the occupants became less green. The air suspension became a little firmer but it was a good compromise.

No surprises that the engines provided plenty of grunt, with the 745Le offering lots of low-down torque courtesy of the electric motor and the batteries beneath the rear seats. Incidentally, the architecture for the batteries is the same in all models, meaning those rear seats sit high enough for you to have a decent view past the front passenger to see the road ahead, when you aren’t using your laptop on the fold-out table or the tablet that can be removed from the rear centre armrest.

If we were to pick a favourite, it would probably be the 745Le because with the ability to run it in electric mode in town, you won’t get a grilling over your emissions or fuel consumption, which is good because the design changes mean you’ll be grilled enough.