Canada – Canada has lost its latest bid for a seat on the United Nations Security Council despite an expensive and star-studded campaign.

It lost out to Ireland and Norway for the two “Western bloc” seats. 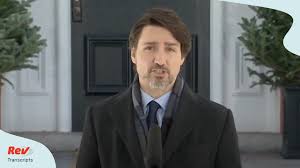 Meanwhile, Ireland wheeled out U2 for a similar show, but only spent half as much on its campaign.

All permanent members have the power to veto resolutions.

The council can authorise peacekeeping operations, impose international sanctions, and determine how the UN should respond to conflicts around the world.