CAPE TOWN- A cold front that has severely hit Cape Town, with overnight heavy rains, gale force winds, causing mud slides, flooded homes in many suburbs and has even uprooted trees across the city.

There has been a reported injury, a city law enforcement officer suffered head and neck injuries when a tree fell onto his vehicle early on Friday. 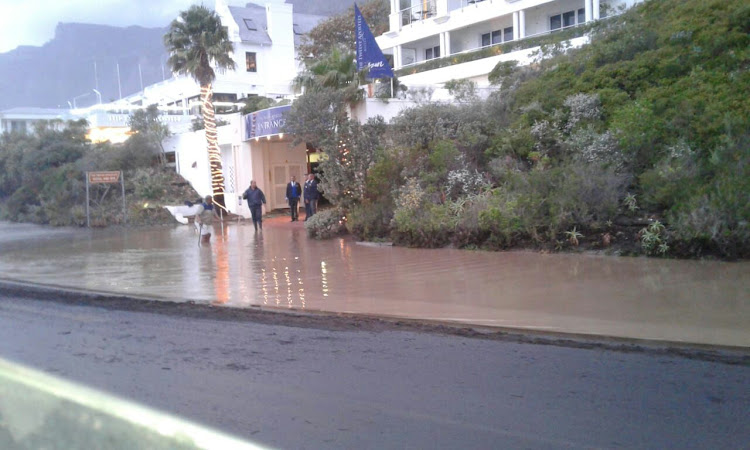 The entrance of The Twelve Apostles hotel in Camps Bay was flooded on June 1 2018 after heavy overnight rain.
Image: City of Cape Town

In front of my shop in Vasco Boulevard Goodwood. pic.twitter.com/uxV3ebaYa6