Johannesburg – Congregants were left heartbroken by the death of a pastor who hanged himself at a church in Gauteng.

40-year-old Henk Calitz from the Reformed Church in Carletonville on the West Rand was known as a sociable, caring member of the community. Calitz had been helping his community through the devastation of the coronavirus pandemic.

Calitz, a father of five, took his own life last Friday. 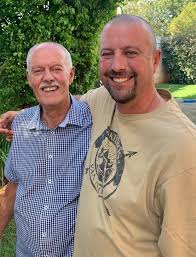 A spokesperson of the church, Wouter van Wyk said his body was found in the church hall by a member of the congregation.

“It was a really big shock. He has been a steady minister and did great work. He never reached out to the church for support, which is a pity. There has never been a single complaint that could have warned us.

“He was a nice guy, a good hockey player. He also got involved in coaching hockey, an outgoing and sociable person. He was involved in charity work,” van Wyk said.