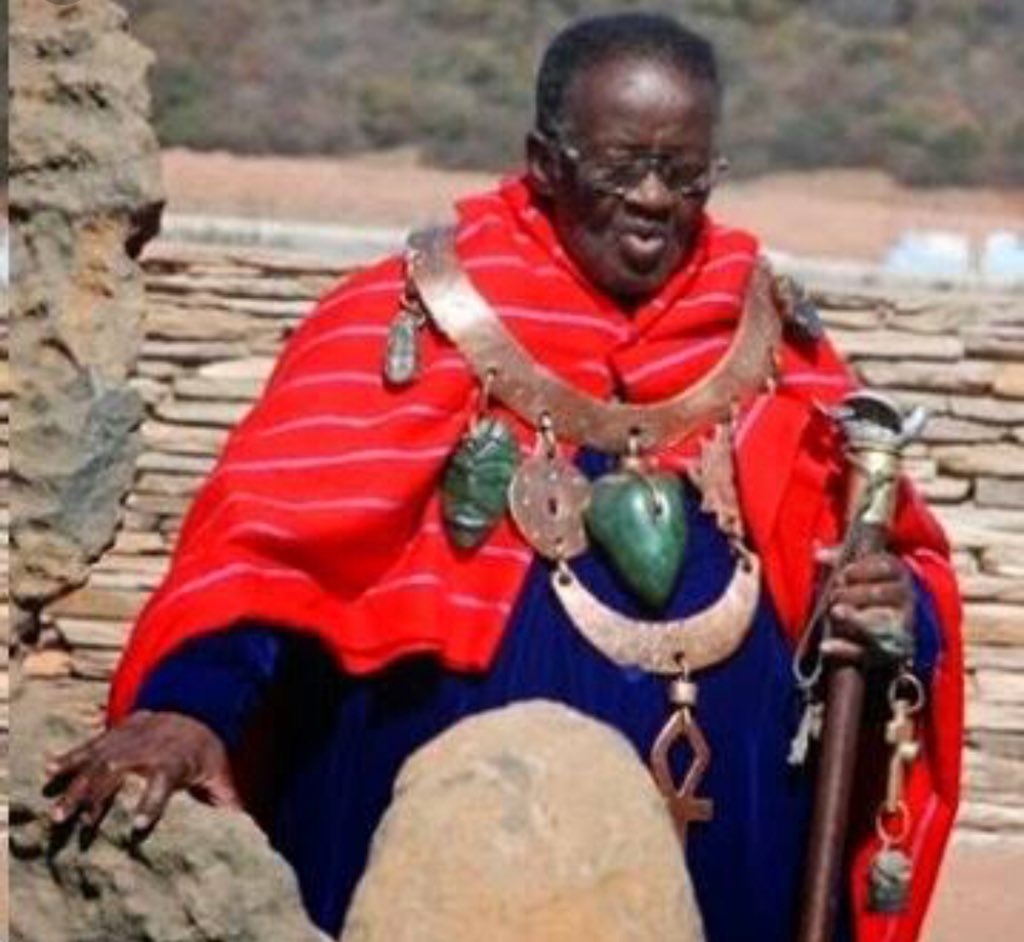 Johannesburg– Renowned traditional healer and author Credo Mutwa has died at age 98. Mutwa passed away at a Northern Cape hospital early on Wednesday following a long illness, said his foundation.

“It is with profound sense of sense and deep sorrow that the Credo Mutwa Foundation wishes to officially confirm the passing of uBabaCredo Vusamazulu Mpumelelo Mutwa” said the foundation in a statement.

The foundation confirmed that Mutwa died at a Kuruman hospital. He had been in and out of the hospital for some time due to old age

“The foundation is requesting the nation to join the family in mourning and during this, we humbly request that the family be given space to mourn,” the foundation said.

“He was a great spiritual leader. We have lost a critical reservoir of indigenous knowledge,” said Contralesa secretary-general Zolani Mkiva. He described Mutwa as a “library” for his wealth of knowledge. Mkiva added that Mutwa would be remembered for his outstanding leadership role.

“We will never forget his role in life and times”

Tributes for Mutwa have poured in on social media as soon as news of his passing was made public.