INDONESIA- At least 24 people, including children, died Tuesday after a ferry ran aground off the coast of Indonesia, officials said, as rescuers raced to save scores of other passengers still missing or stranded aboard the vessel in rough seas.

The deadly incident came on the same day authorities officially called off the search for more than 160 people still missing after another ferry sank on a popular tourist lake in Sumatra two weeks ago.

Images from the latest accident showed passengers clinging to the side of the KM Lestari as it listed in waters off Sulawesi island, while other passengers floated in the sea awaiting help. 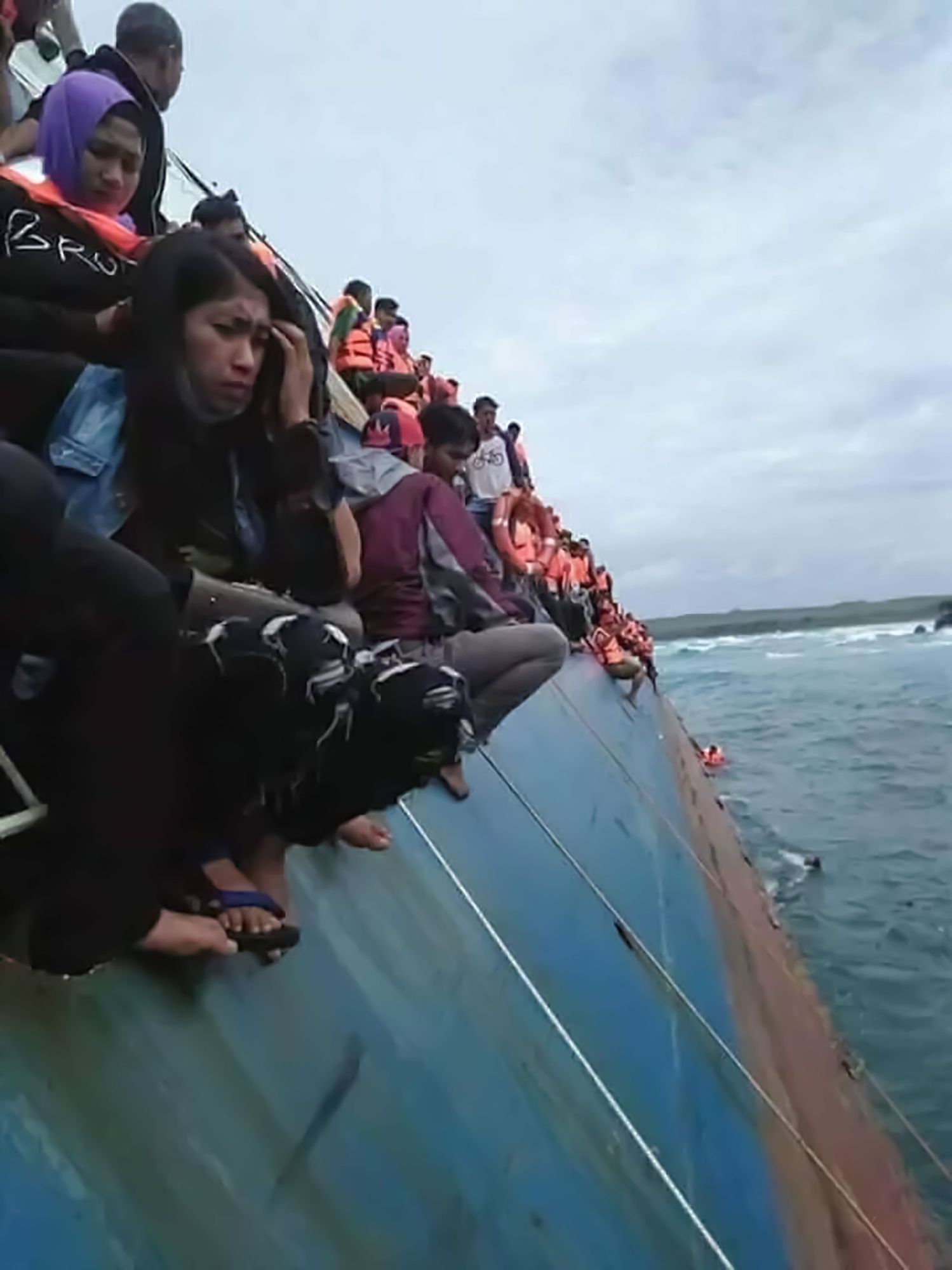 The ferry ran aground about 300 metres (985 feet) from the coast, Indonesia’s transportation agency said, as waves swamped trucks and other vehicles on the boat’s deck before they plunged into the water.

Twenty four bodies have been recovered, with 74 survivors, but 41 people have not yet been accounted for, said Sutopo Purwo Nugroho, a spokesman for Indonesia’s disaster management agency said.

“Some passengers are still on board because of the rain and high waves,” Nugroho said in a statement.

“The evacuation is ongoing.”

A total of 139 people and 48 vehicles were listed in the ship’s manifest.

A fleet of smaller boats, including local fishing vessels, was working to save passengers as bad weather prevented larger craft from approaching the stricken ferry, the transportation ministry said.

It added that passengers had been wearing life jackets.

The 48-metre vessel was sailing from Sulawesi to nearby Selayar island when it ran into strong winds and high waves.

Deadly maritime accidents are not uncommon in Indonesia, where many people depend on boats to get around the 17,000 island archipelago nation despite lax safety standards.