USA – Joe Bidden was seen on Tuesday clutching speech notes witjh a revealing set of talking points about Kanala Harris – lending further weight to a blunder by news site Politico that may have prematurely revealed her as his VP pick.

The Democratic presidential nominee was fielding questions from reporters at an event in Delaware when several photographers took  close-ups of the former Vice President’s handwritten notes. 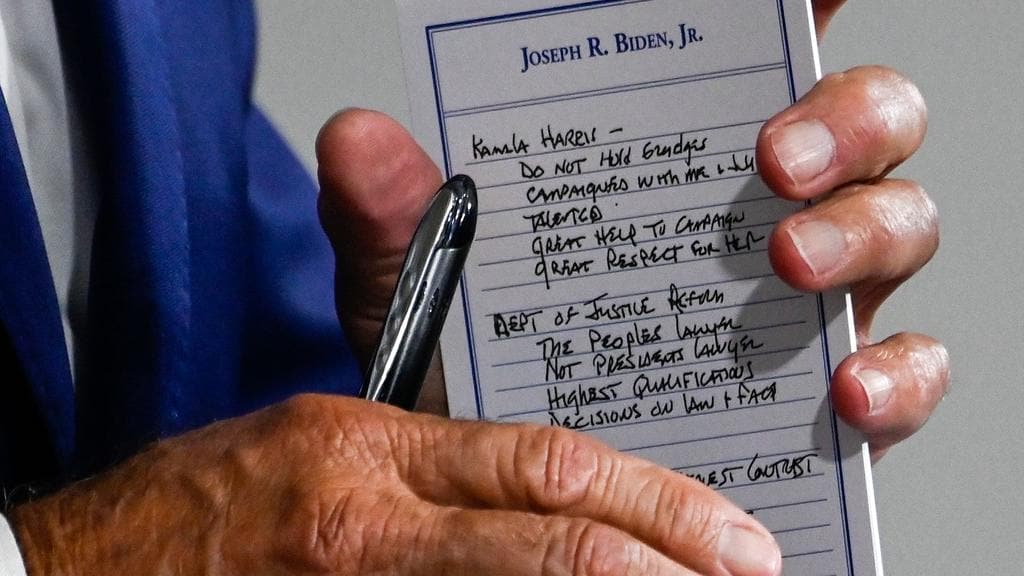 The first talking point under the heading “Kamala Harris” read, “do not hold grudges” – an apparent reference to a clash during the Democratic primary debates earlier this year where she took aim at some of Biden’s past stances on racially charged issues.

It is reported that Biden and his wife Jill were hurt by the ambush by Harris, who was close with their late son Beau, but that the relationship has since improved.

Biden’s other talking points said Harris “campaigned with me and Jill” was “talented”, “a great help to campaign” and that he had “great respect for her”.

Further down the note pad the heading “VP”, Biden wrote that he was looking for someone “highly qualified” among a “diverse group”.