Tottenham midfielder Eric Dier has been given a four-month ban and fined 40,000 pounds for climbing over seats to confront a fan after a match in March.

The incident happened after Spurs were knocked out of the FA Cup by Norwich.

The Football Association ban ruled the 26-year-old out of all but one of Tottenham’s remaining Premier League fixtures. 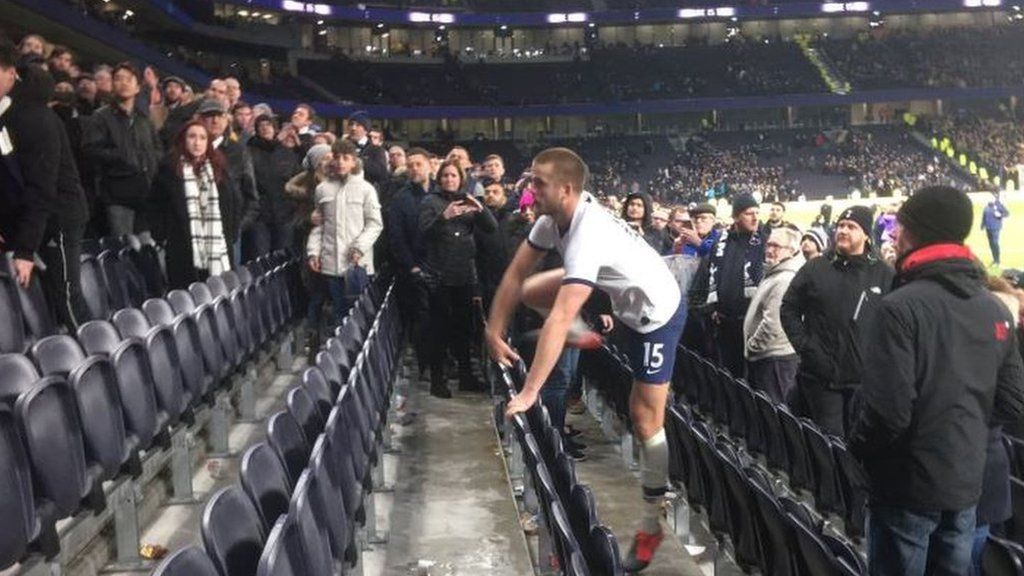 Dier has also been warned about his future conduct by the FA.

“The Tottenham player admitted that his actions at the conclusion of a fixture against Norwich City in the FA Cup were improper but denied that they were also threatening,” the FA said in a statement.

At the time, Spurs manager Jose Mourinho said a fan had insulted Dier after the game. Mourinho refused to comment about the ban to avoid “getting into trouble” but confirmed that the club would not be appealing.