Johannesburg – Eskom has confirmed that it will implement stage four load shedding from 2pm on Wednesday until 10pm in the evening after which it would revert to stage two cuts. 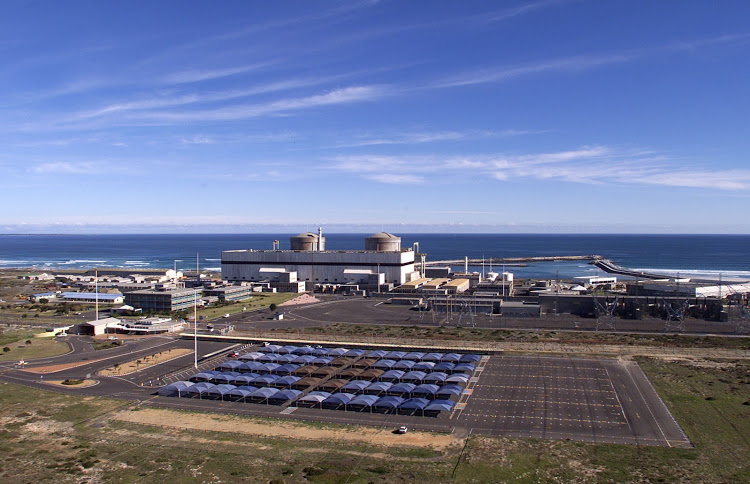 Eskom said that the move to stage four was due to additional breakdowns of a unit at Medupi and two units at Duvha power station. 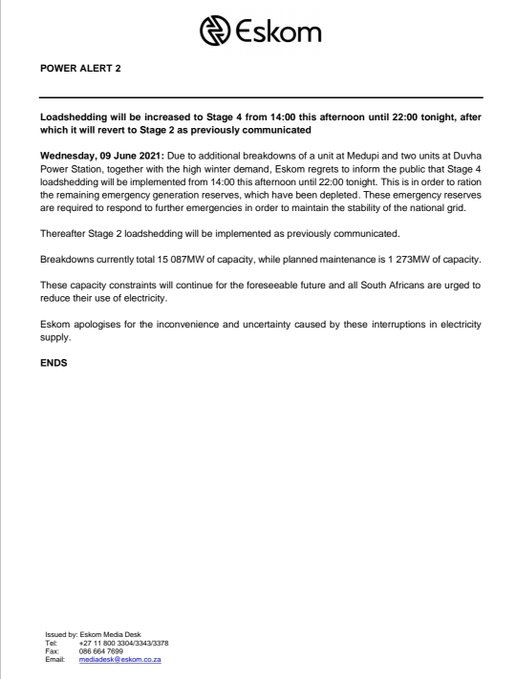 The utility added that the stage four rolling power cuts were being implemented in order to ration the remaining emergency generation reserve which had been depleted. The reserves it said were required to respond to further emergencies to maintain the stability of the power grid.

Earlier on Wednesday, Eskom said that stage two load-shedding would be implemented until Sunday evening.