The chief executives of Facebook, Twitter, and Google faced more than three and a half hours of questions from US senators on Wednesday.

At present, the companies cannot be sued over what their users post online, or the decisions they make over what to leave up and take down.

But chief executives say they need the law to be able to moderate content. 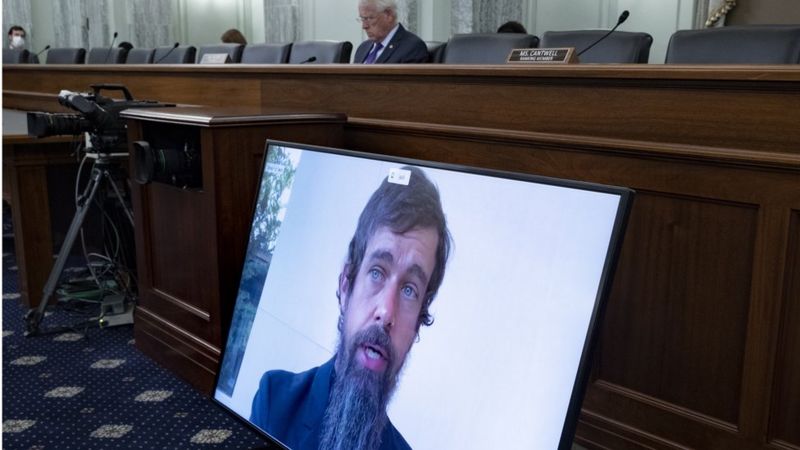 Facebook’s Mark Zuckerberg, Twitter’s Jack Dorsey and Google’s Sundar Pichai were summoned before the Senate after both Democrats and Republicans agreed to call them in for questioning.

Senators are worried about both censorship and the spread of misinformation.

And some industry watchers agree the legislation – known as Section 230 – needs to be revisited. 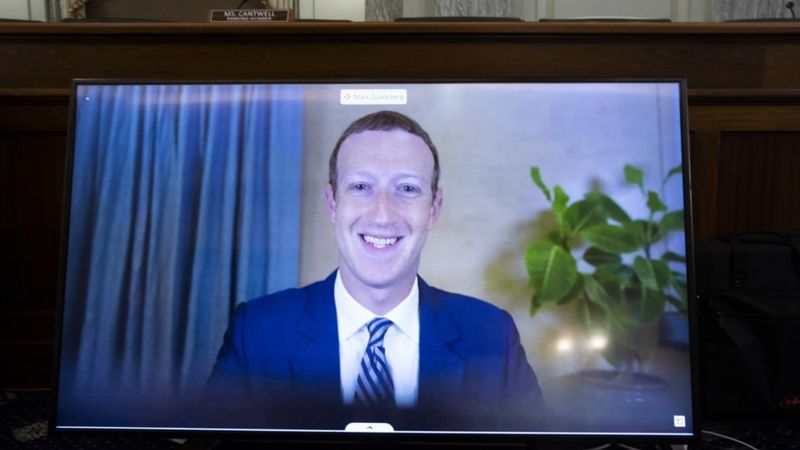 “[It] allows digital businesses to let users post things but then not be responsible for the consequences, even when they’re amplifying or dampening that speech,” said Prof Fiona Scott Morton, of Yale University.

“That’s very much a publishing kind of function – and newspapers have very different responsibilities.

“So we have a bit of a loophole that I think is not working well for our society.”

Section 230 is the main legal protection preventing social networks being sued, meaning websites themselves are not generally responsible for illegal or offensive things users post on them.