Brazilian football legend has arrived at a police station in Rio following an allegation of rape, as it emerged his accuser was handed a £5,000 fine by a Brazilian court just one day before she made the allegation.

De Souza from Darío Meira, in the state of Bahia, waived her right to anonymity on Wednesday this week to reveal more about the accusations in a TV interview

According to Brazilian news website GP1, De Souza was ordered to pay a debt of 26,712 Brazilian Reais (£5,000) on May 14 – just one day before she came forward with the rape allegations.

The fine was imposed because of unpaid rent and was said to have been comprised of three months rent and legal fees.

Today new photos show the world’s most expensive footballer being mobbed by the public and the press after arriving at a Rio police station.

Neymar arrived at the station in a wheelchair having recently suffered an ankle injury and his entourage barely managed to push him through the crowd of fans and onlookers, before he made his way into the station unaided. 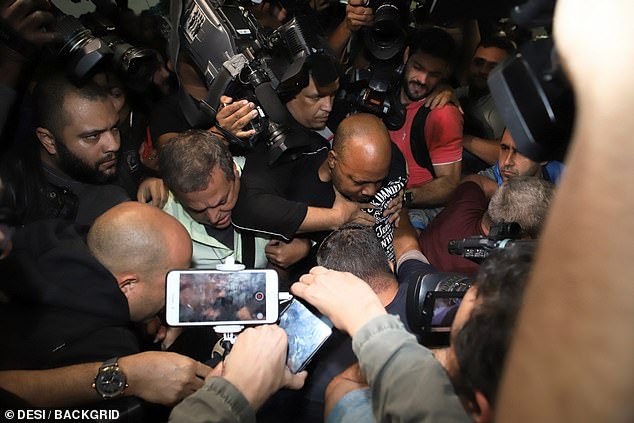 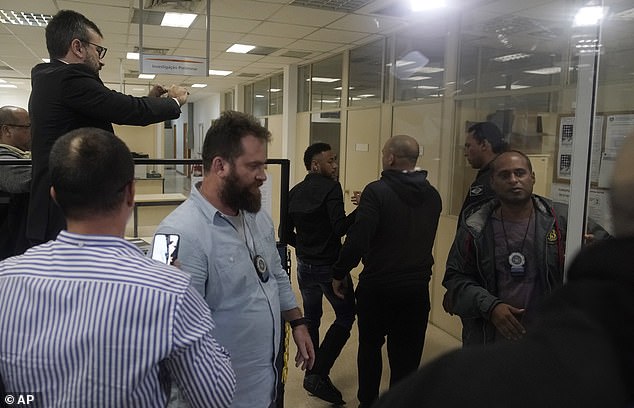 More photos were taken inside the police station as Neymar, centre, was led away 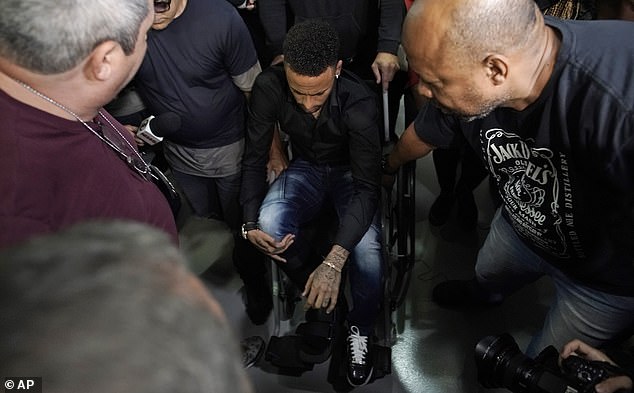 He arrived at the police station in Rio in a wheelchair due to a recent ankle injury, but made his way inside unaided 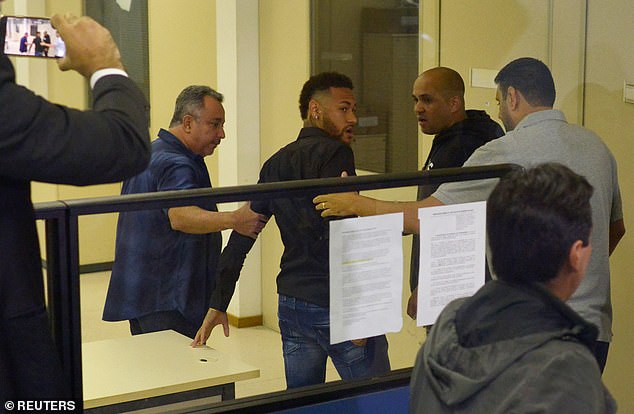 Neymar, centre, supported himself on a table in the police station as he was led away

De Souza, who is believed to work as a model and Instagram influencer, was also reportedly served with an eviction order by the court.

Other media outlets in Brazil also claimed she is currently engaged in a court case with the Pan American School of Arts who sued her over a debt of 4,160 Reais (£800).

But De Souza claims she is not trying to extort any money from the footballer, who earns a reported salary of £620,000 per week.