MOSCOW- Burger King has apologised for offering a lifetime supply of Whoppers to Russian women who get pregnant by World Cup players.

CNN is reporting that the fast food company short lived campaign which was promoted in Russia on Tuesday through social media Russian platform  VK, equivalent of Facebook. The ad promised a reward to women who get “the best football genes” and “ensure the success of the Russian team for generations to come”.

The advertising campaign was quickly put down after widespread outrage from the public. The company feeling the heat, released a statement apologizing for the ‘insulting ad and that it had removed all materials related to the campaign.’ 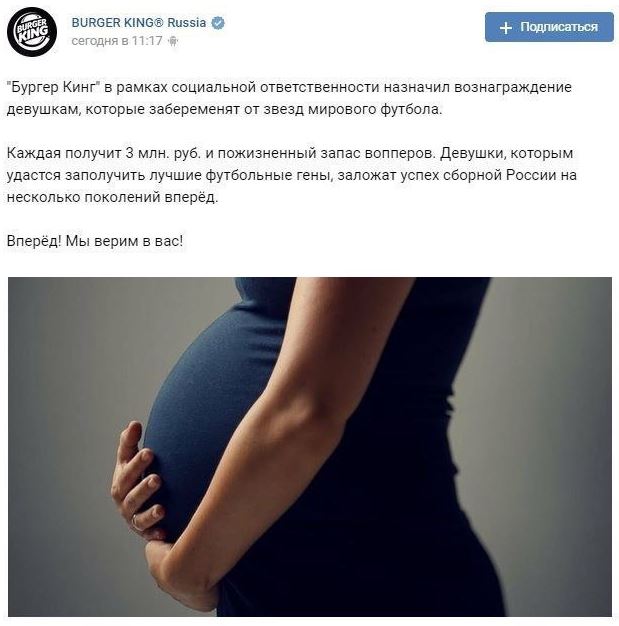 Translation of the advert by Deadspin:

“Burger King, within the framework of social responsibility, has appointed a reward for girls who get pregnant from the stars of world football,” the ad reads in part, according to a Deadspin translation.

“Each will receive 3-million rubles and a lifelong supply of Whoppers. For these girls, it will be possible to get the best football genes, and will lay down the success of the Russian national team on several generations ahead. Forward! We believe in you!”