Guatemala- Officials said an estimated 25 people, including at least three children, were killed and nearly 300 injured on Sunday in the most violent eruption of Guatemala’s Fuego volcano in more than four decades.

Volcan de Fuego, whose name means “Volcano of Fire”, spewed an 8-kilometer (5-mile) stream of red hot lava and belched a thick plume of black smoke and ash that rained onto the capital and other regions.

Officials said they found charred bodies of victims laid on the steaming, ashen remnants of a pyroclastic flow as rescuers attended to badly injured victims in the aftermath of the eruption.

Sergio Cabanas, the general secretary of Guatemala’s CONRED national disaster management agency, said on radio,  “It’s a river of lava that overflowed its banks and affected the El Rodeo village. There are injured, burned and dead people.”

The number of dead risen has increased from seven to twenty five, one among the dead was a CONRED employee.

About 3100 people have been evacuated. 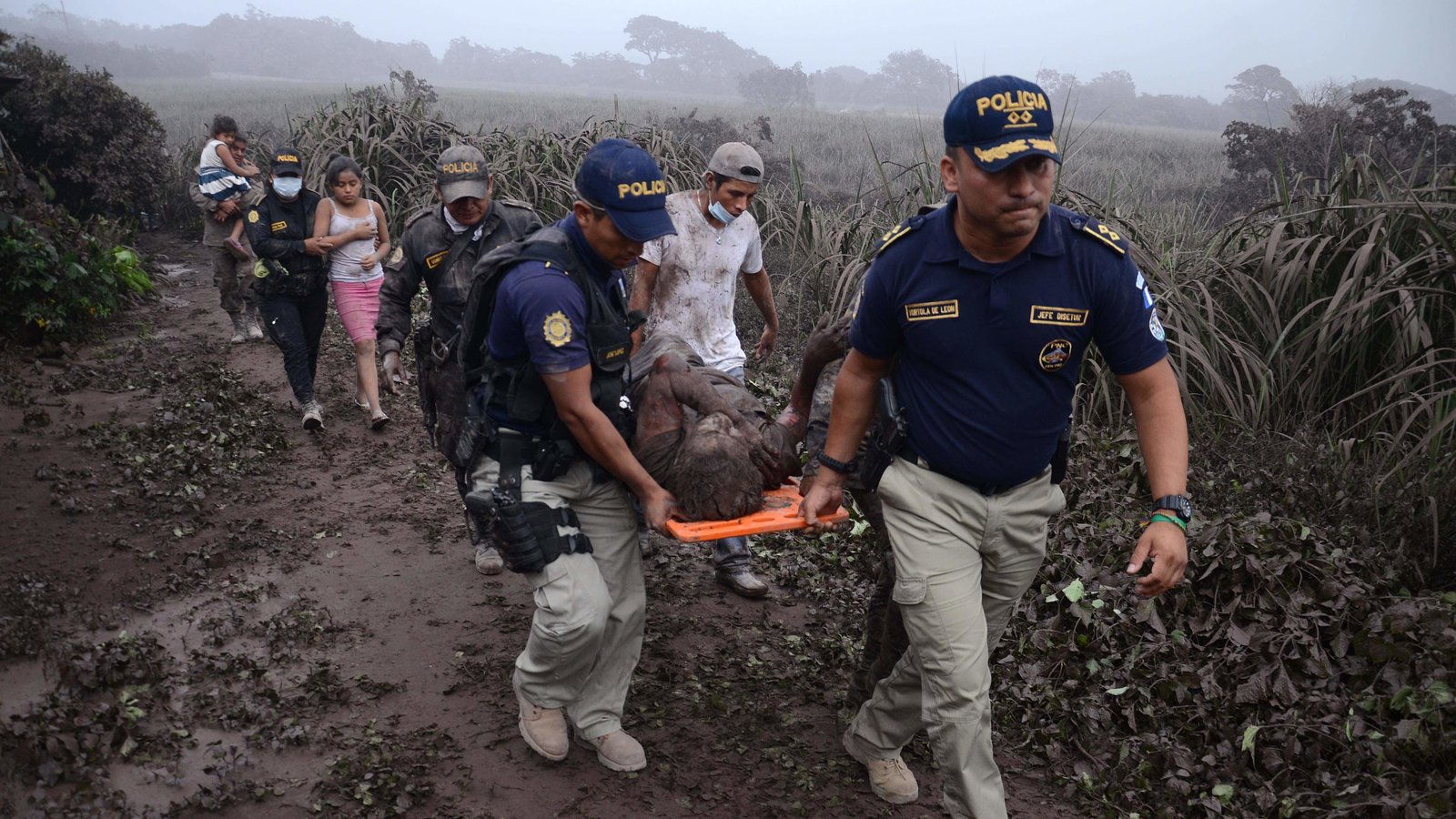 Cecilio Chacaj, a spokesman for the municipal firefighters department said that rescue operations had been suspended due to dangerous conditions and unpredictable weather.

Officials have warned that volcanic eruption still presents a danger and could cause more mud and pyroclastic flows.

Eddy Sanchez director of Guatemala’s sisemological volcanic and meteorological institute said, “Temperatures in the pyroclastic flow can exceed 700 degrees (Celsius) and volcanic ash can rain down on a 15-km (9-mile) radius. That could cause more mud flows and nearby rivers to burst their banks.”