LUSAKA – Zambia’s president Edgar Lungu has been at the helm of corruption and dictatorial accusations following his brutal hand in the elimination and suppression of opposition parties vying for the presidential office. On 5 June 2018 Lungu and the government of Zambia effected the deregistration of opposition leader Harry Kalaba’s political party with no legal bearing to justify it. Political analysts have reported that “never in the history of this great nation has a political candidate as sharp and as unique as Harry Kabala risen.” Kalaba is seen as the most viable successor to Lungu, but Lungu is planning to run again for office in 2021 in a bid his critics say is unconstitutional as he has already served two terms — the maximum permitted by law.

Harry Kalaba, who is Zambia’s former Minister of Foreign Affairs had made known his intentions to run a presidential campaign for the year 2021. Kalaba has risen to become the most threatening opponents for the 2021 presidential election, a move that has been welcomed by Zambians and world leaders at large. Harry Kalaba is believed by many in the political arena as being the best presidential candidate to come out of Zambia and this has caused Lungu to crush him and his party at every opportunity. Many of his supporters took to TV, radio and social platforms to voice what they have called a smear campaign and a political move from a ruling party that destroys their most worthy competitors in the presidential race. One of the greatest reasons for Kalaba’s growing popularity and respect from politicians alike is his public stand against corruption in the ruling party and his position in uprooting it. 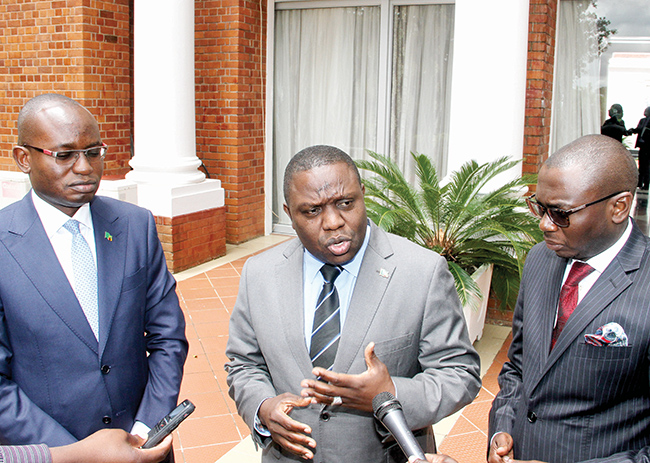 Kalaba’s resignation from government led him to be hailed as a national hero and as a “man of the people” by ordinary Zambians who applauded him for taking a stand against corruption and refusing to be a part of it. The president is also heavily criticised for irregular and inexplicable government expenditures that have seen him rise up to become one of Zambia’s wealthiest men all proceeds from corruption.  President Lungu has denied accusations that he is creating a dictatorship in Zambia and has accused rivals of trying to overturn previous election results and the will of the masses in Zambia. Zambia has in recent years been shaken by increasing tensions that also saw a spate of arson attacks, political arrests, some opposition legislators boycotting parliament and the barring of an overseas political observer. 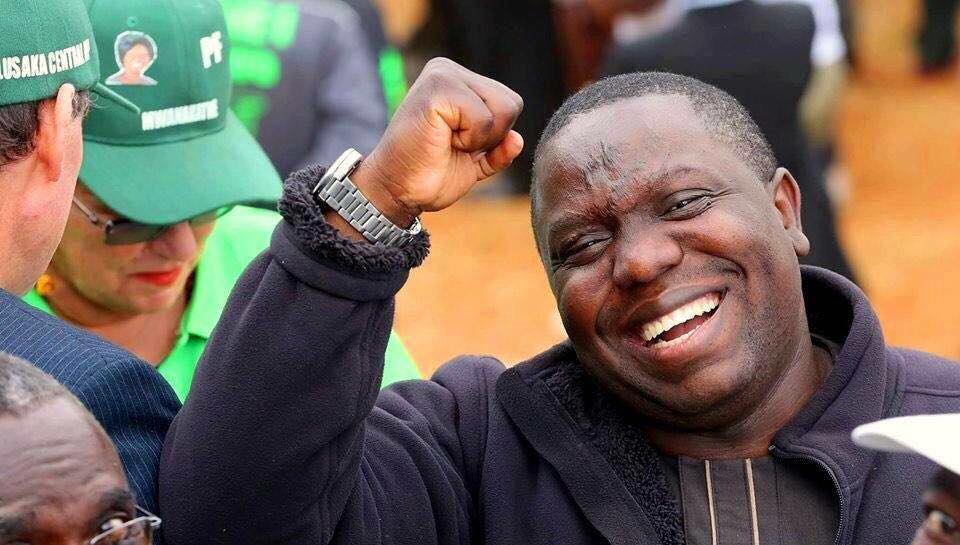 Harry Kalaba pictured above – Harry has been hailed as a national hero and as a “man of the people.” “We need to go back to the original agenda of our party, the PF, where the poor and not the corporates must be at the centre of all our decisions,” Mr Kalaba wrote, going on to blame Zambia’s current financial woes on “collective carelessness and indifference”.

The post, which has prompted thousands of comments, concluded: “When people begin to feel overwhelmed by fear for speaking the truth, it is time to realize that critical fundamentals have shifted. We all have a role to play in making things right. This is my little contribution – Zambia is our country, we need and must reclaim it back.”

Zambia’s main opposition party filed a motion in May 2018 seeking the impeachment of President Edgar Lungu, accusing him of constitutional breaches. Corruption and abuse of public resources in Lungu’s government is the acceptable order of the day and the only endorsed style of governance under PF. 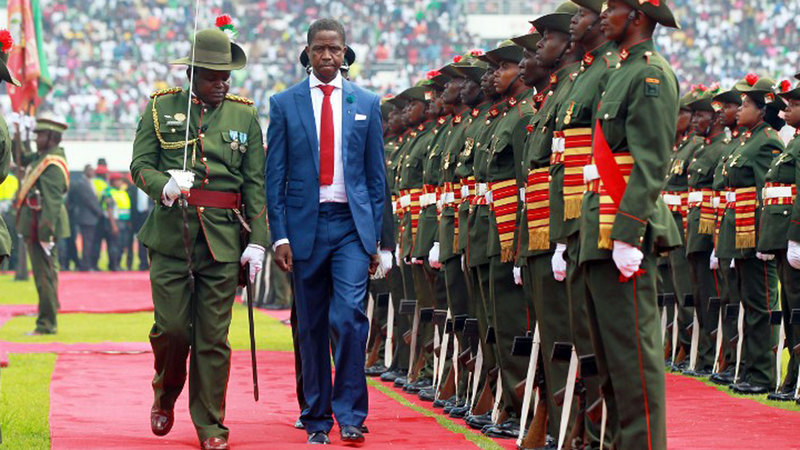 – Hakainde Hichilema an opposer of President Lungu and the leader of opposition party UPDN was arrested in early April after a traffic altercation with the president’s motorcade and spent the next four months behind bars, facing treason charges in a case that saw Zambia declared a dictatorship in some quarters.

– Chishimba Kambwili  a former Zambian minister and a leading critic of President Edgar Lungu was arrested in Lusaka earlier this year over allegations of making profits from criminal activity. “I understand the charges your honour and I plead not guilty,” lawmaker Kambwili, 50, told the court, denying the alleged offences which court documents showed date back to October 2013. Kambwili, who like Kalaba has not been afraid to speak his truth told multitudes of reporters and news outlets his knowledge of the president’s fraudulent activities. “Lungu is drunk with his corruption and he is getting confused day by day, and those saying Lungu is not corrupt are foolish,” Kambwili said following his arrest. “I want to tell you Lungu – I know you are listening – all those monies you are getting… you will not enjoy it. We know you, Lungu and your family, and we are watching you.” 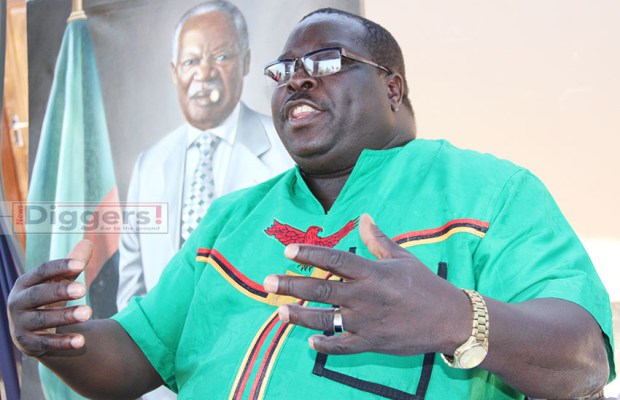 Was Kalaba’s party’s deregistration legal?
According to a letter obtained from sources at the Registrar of Societies, addressed to the party national secretary Evans Chilambwe, the registration of the Democratic Party is in accordance with section 13 (2) (d) of the Societies Act. “Reference in made to your minute dated 27th April, 2018 and 3rd May, 2018 in which you requested this office to, among other things, normalise your registration status and issue you with a duplicate certificate of registration. You may wish to note that your requests were given careful consideration and a thorough analysis of your registration record was done. Further, a random inspection was conducted on your party secretariat on 17th and 18th May, 2018,” stated the Chief Registrar of Societies Thandiwe S.P Mhende.

“In view of the forgoing, the Office has reason to believe that your society ceased to exist. In this regard, I hereby notify you of my intention to cancel the registration of your society in accordance with section 13 (2) (d) of the Societies Act, Cap 119 of the laws of Zambia. Meanwhile, you have seven days from the date of receipt of this letter in which to submit reasons why your registration should not be cancelled.” Last month, Democratic Party spokesperson Judith Kabemba said the party was in talks with Kalaba so that he could ‘join’ the formation which was under the leadership of its interim president Gift Kalumba. “The Party has been in talks with Hon Harry Kalaba – the Former Foreign Affairs Minister and Member of Parliament for Bahati Constituency to consider joining the Party, contesting its internal party elections and if successful to be fielded as a Democratic Presidential Candidate for the 2021 General Elections. This resolution is anchored on Hon. Kalaba’s unquestionable record of dedication to duty and accountable leadership qualities that he has consistently displayed during his time in public leadership,” said Kabemba.