Lewis Hamilton was a victim of “multiple instances of racist abuse on social media” during and after his controversial win in the British Grand Prix, according to a joint statement by Formula One, the FIA and his Mercedes team.

The seven-time world champion was involved early on in an incident that saw championship leader Max Verstappen plough his Red Bull into a wall and out of the race. 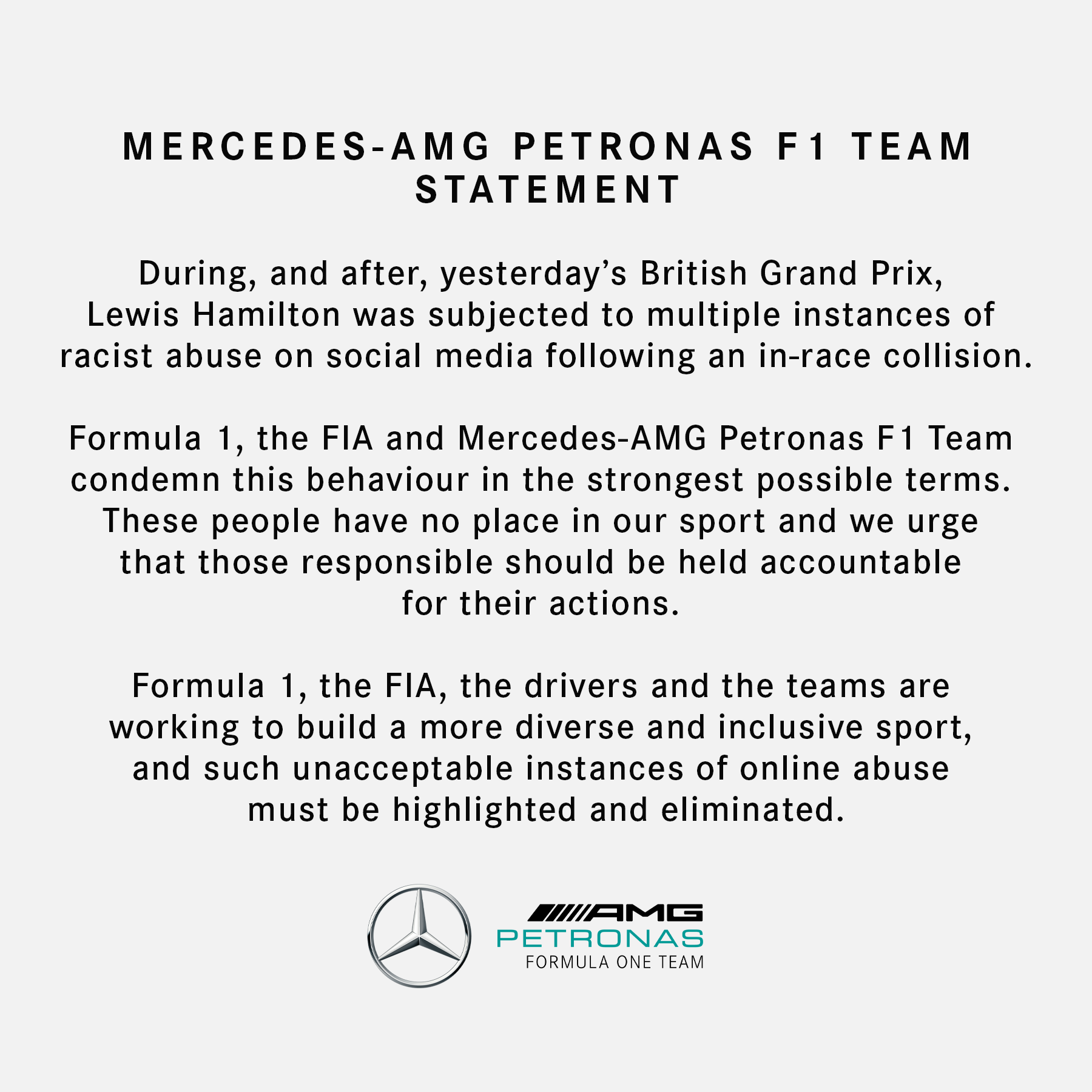 Lewis Hamilton was hit by a 10 second penalty but went on to win the race and close the gap in the title race to just eight points.

“During, and after, yesterday’s British Grand Prix, Lewis Hamilton was subjected to multiple instances of racist abuse on social media following an in-race collision,” they said in a joint statement condemning the behaviour “in the strongest possible terms”.

“These people have no place in our sport and we urge that those responsible should be held accountable for their actions. 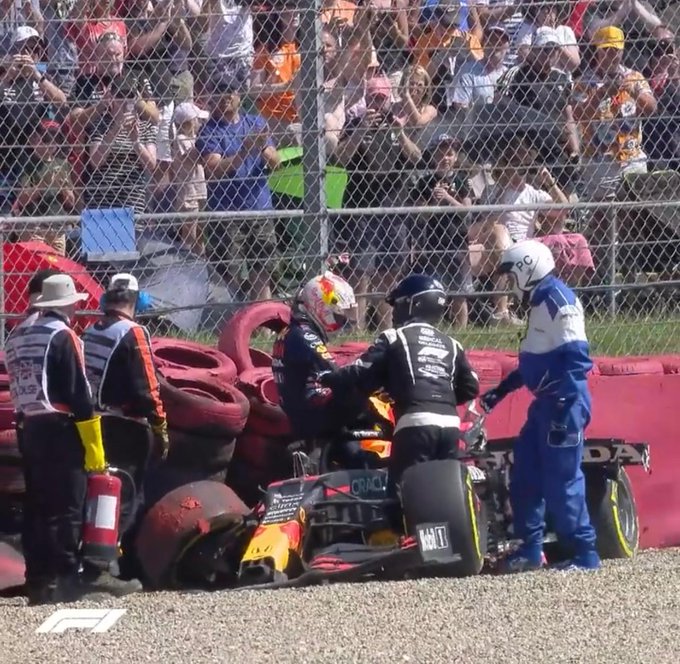 “Formula 1, the FIA, the drivers and the teams are working to build a more diverse and inclusive sport, and such unacceptable instances of online abuse must be highlighted and eliminated.”

Verstappen, who was taken to hospital for a check-up after the race, later accused Hamilton of “disrespectful and unsportsmanlike behaviour”.