CARACAS-President Nicolas Maduro won the Venezuela’s election Sunday, unsurprisingly,  in a poll rejected as invalid by his rivals, who immediately called for fresh elections to be held later this year.

Venezuela experiencing their worst economic downfall, the voter turnout was only 46% to casts their vote, the election was boycotted by the opposition, condemned by much of the international community, but the re-election hands Maduro a second term until 2025.

“We do not recognize this electoral process as valid, as true,” his main rival Henri Falcon told a news conference, even before the result was announced.

“For us, there were no elections. We have to have new elections in Venezuela.”

However Maduro said his re-election of another six-year term as a “historic record” in a speech in front of thousands of cheering supporters outside the official Miraflores Palace in Caracas.

He said with much applause, “Never before has a presidential candidate taken 68 percent of the popular vote,” he said, to applause. 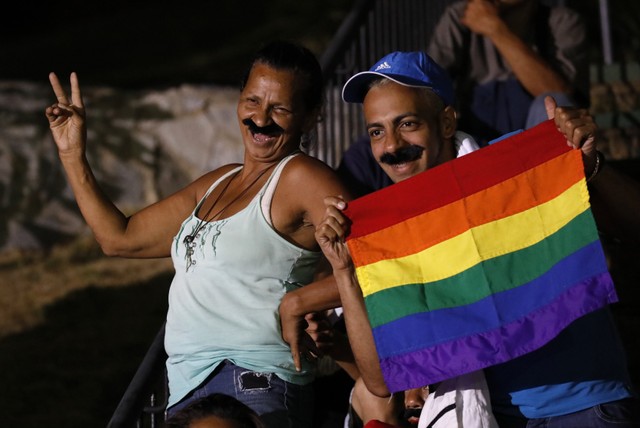 Supporters wear mustaches depicting Venezuela’s President Nicolas Maduro while he speaks during a gathering after the results of the election were released, outside of the Miraflores Palace in Caracas, Venezuela, May 20, 2018.
Image: REUTERS/Carlos Garcia Rawlins

Maduro said, “We won again! We triumphed again! We are the force of history turned into a permanent popular victory.” 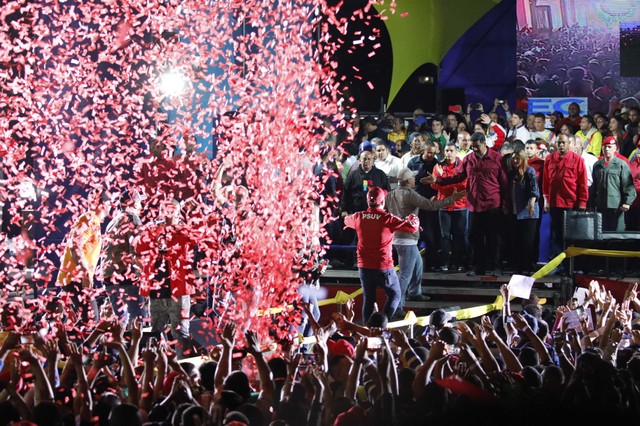 Confetti falls as supporters walk up to greet Venezuela’s President Nicolas Maduro (center, R, in red) during a gathering after the results of the election were released, outside of the Miraflores Palace in Caracas, Venezuela, May 20, 2018.
Image: REUTERS/Carlos Garcia Rawlins

The official result gave Maduro a 67.7% vote and his opponent Falcon a distant second at 21.1%, in the last poll, the pair were neck and neck. Coming in third avier Bertucci, an evangelist preacher who polled around 11 percent, joined in the call for new election.