Johannesburg – Chairperson of Malawi’s electoral body resigned her position in what is the latest twist of an upcoming election rerun in the southern African country. 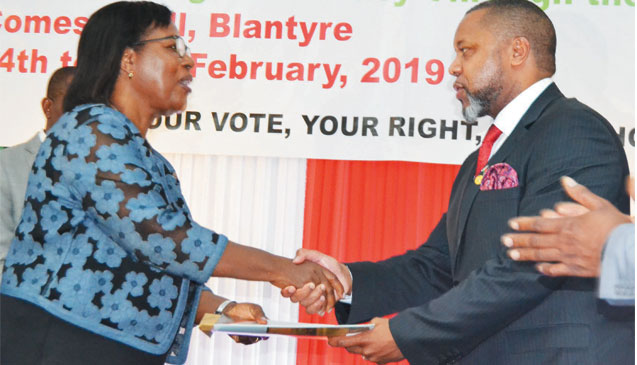 The Constitutional Court ruled that opposition petitioners had proven that there were widespread irregularities in the poll. Her resignation further adds to “the uncertainty in the run-up to fresh presidential elections whose date is not clear at the moment,”

Ansah had been subject to dogged protests by a civil society group, the Human Defenders Coalitions that held protests between July 2019 and January 2020 calling for her and other MEC commissioners to resign.

A parliamentary committee had asked the president to fire Ansah and the MEC top brass but President Mutharika refused with reasons that he had not seen any breach on their parts.

The incumbent went to the Supreme Court to challenge the annulment of the re-election but was not successful.