JOHANNESBURG- The man who goes by the name Malcolm X has been trending on social media after his generosity of giving his money to students and homeless people went viral.

He said he grew up very poor and on a stomach and said the struggle he experienced during his tertiary years motivated him to go to schools and give students money so the can buy necessities.

Malcolm X says the struggles of his tertiary life has motivated him to go to schools and gives students money so the can buy necessities. 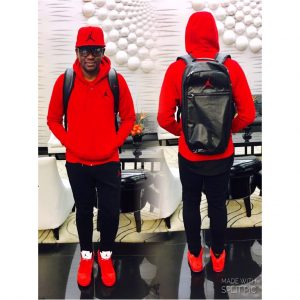 Doing an interview on a local radio station Malcolm X said he will continue to do what he is doing:

— Malcolm X
I’m not rich, I come from a very poor background. I decided in 2005 that when I become rich, I’ll really distribute cash to old age homes, orphanages, HIV hospices and students.

— Malcolm X
I’ve realised you don’t have to be rich to start giving to the poor.

He said it was not an easy ride since he started this journey.

He says he has faced criticism and nearly lost his girlfriend because of his generosity. He further states that in some of his trip to the universities his money would finish and he would reach out to friends to help him.

Malcolm added that sometimes he does it have electricity at home because of being broke.

He said, ” the people who say the money is from cash in transit heists, please check with my bank and see the source of the money. I’m a consultant.

— Malcolm X
As I’m speaking to you now my bank balance is on a negative and I feel good because this past Saturday I gave away almost R23 000.

Malcolm X called out to his critics saying they should focus their energy somewhere else.

He said, “My haters or critics have nothing or little to give to the poor they need help themselves.