London – Meghan Markle attended the Endeavour Awards in London on Thursday night but the awards will be remembered for a little comical mishap that occured during the award ceremony.

The moment brought ripples of laughter  after Meghan offered to help him out, Meghan could not but laugh at the moment as the audience laughed with her at the situation.

Meghan Markle attended the Endeavour Awards with Prince Harry which celebrates, wounded and sick  service men and women. Meghan Markle said she was honored to attend the awarded ceremony. She was announcing the winner of the Celebrating Excellence Award, which recognized the individual who best endeavored to achieve excellence in their chosen sport or adventurous challenge. 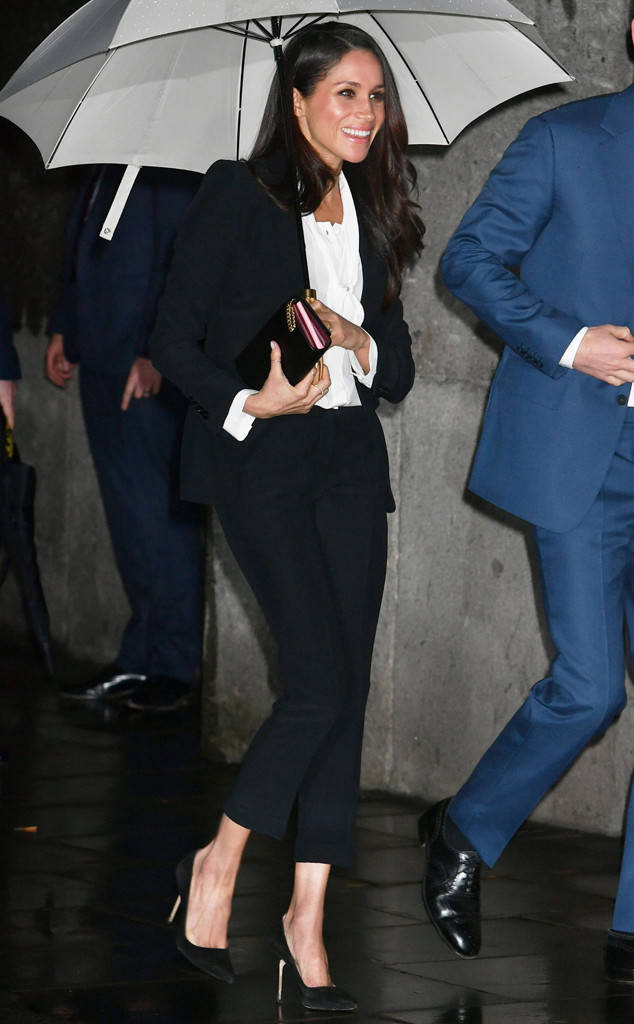 The charity was founded by Prince Harry, William and Kate Middleton in 2012.