Mozambique -Mozambique’s main opposition party Renamo has apologised for the embarrassing behaviour of Antonio Muchanga, one of its most prominent MPs, who appeared on a TV political discussion show drunk.

Muchanga was so inebriated when he appeared on last Sunday’s Ponto de Vista (Points of View) on STV that he had to be asked to leave the studio by the programme’s moderator. 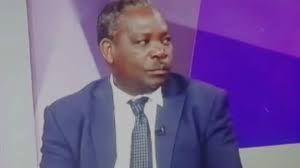 This has caused an uproar – with expressions of shock, condemnation and amusement – but for two days there was no reaction from Renamo.

That was until spokesperson Jose Manteigas told media Muchanga’s behaviour had been a disgrace to the party.

Manteigas added that the party did not expect its embers to drink a bottle of whiskey before appearing on a TV programme, and Muchanga will face disciplinary action.