Fresh mass protests are taking place against a coup in Myanmar, defying a plea from its leader to “join hands” with the military. On the nation’s Union Day holiday, Gen Min Aung Hlaing called for “unity” to prevent “disintegration”.

But Friday continued the pattern of daily rallies demanding the release of detained elected leaders, including Aung San Suu Kyi.

There were reports of rubber bullets fired by police in Mawlamine. 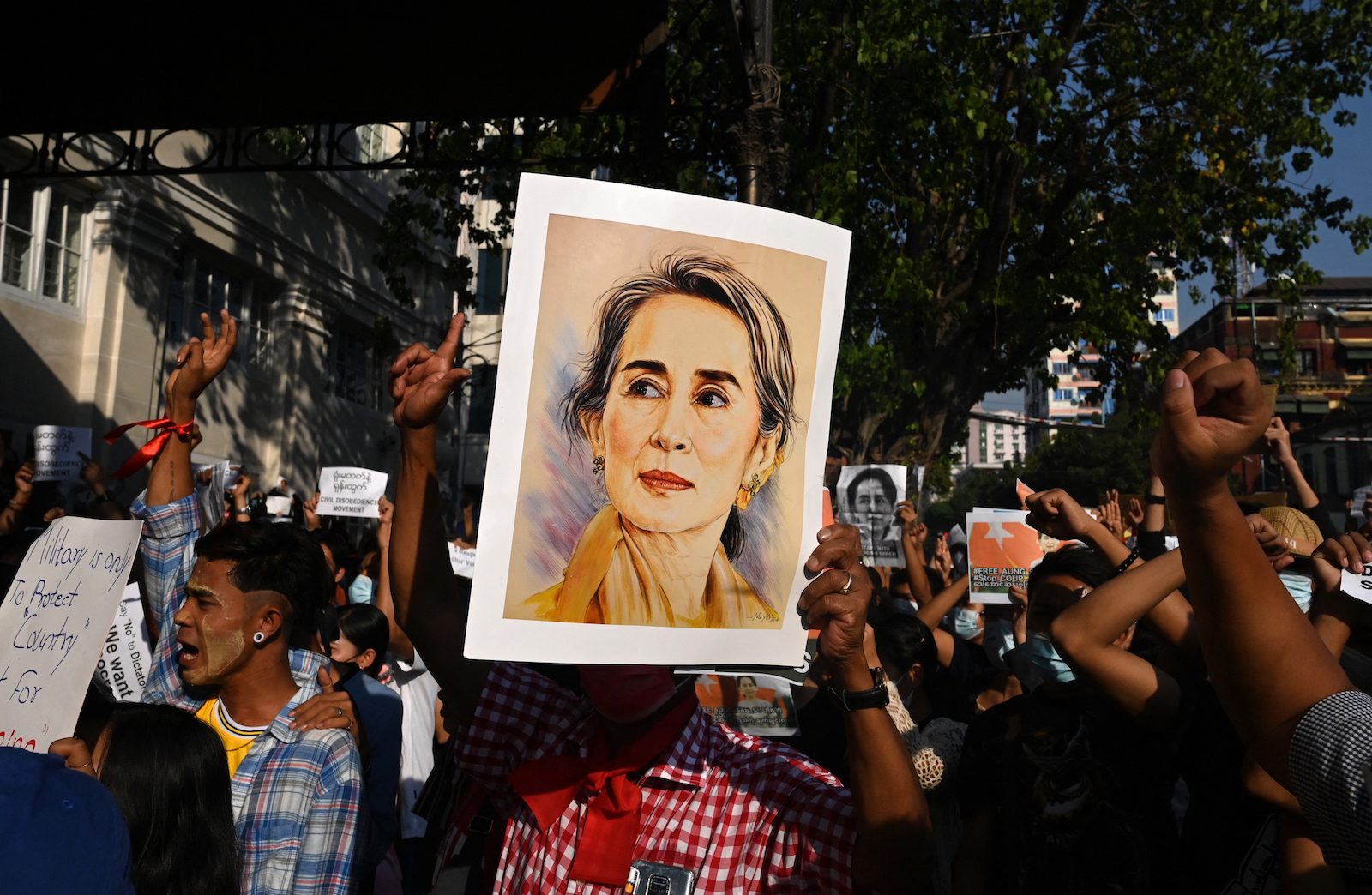 Gen Hlaing addressed the nation on TV on Thursday saying those protesting had been “incited” and again asked them to work for the country without “focusing on the emotion”.

The military marked the day by granting amnesty to, and ordering the release of, more than 23,000 prisoners, including 55 foreigners. Mass pardons are common on national days, often to reduce numbers in overcrowded prisons.

Union Day celebrates the singing in 1947 of an agreement between the government under Suu Kyi’s father, Aung San, and the Shan, Kachin and Chin people, marking he unification of the republic.

A student activist in Mandalay said he feared the prisoners were being released to attack protesters.

“The people have a very bad precedent. In 1988, the military junta released the pro-military prisoners and they disturbed our people’s peaceful demonstrations,” he said. 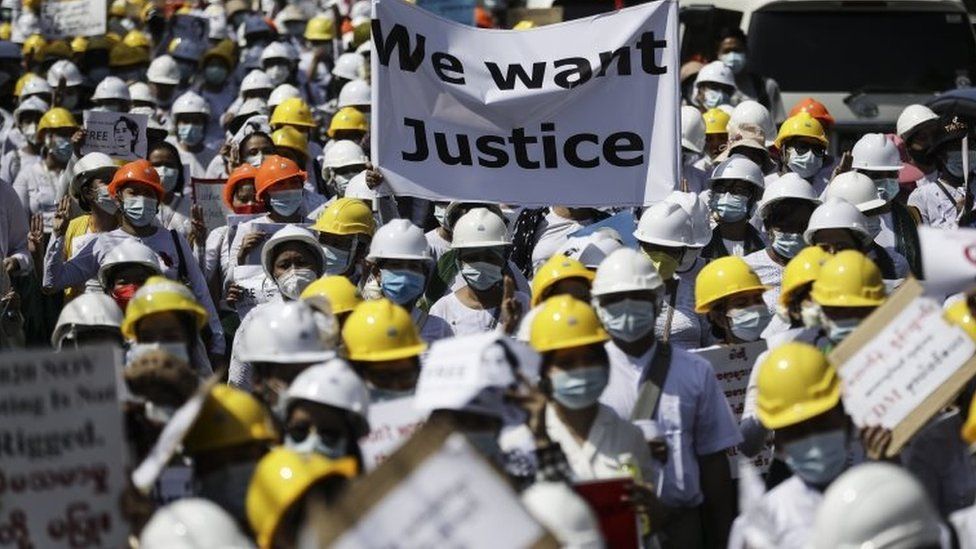 In his address, Gen Hlaing called on people to stay in their houses, citing the dangers of the pandemic.

The protests, however, continued on Friday. They remained mostly peaceful, although footage showed police charging at protesters in the city of Mawlamine.

According to a Red Cross official, three people were injured by rubber bullets.

Protests have also continued in the biggest city, Yangon, the capital Nay Pyi Taw, the coastal town of Dawei, and Myitkyina in northern Kachin state, among others.