A young woman shot in the head last week during an anti-coup protest in the Myanmar capital died on Friday, said a family member.

She is the first known casualty of pro-democracy protests that have been ongoing for two weeks, following the military’s seizure of power on February 1.

Mya Thweh Thweh Khine had been in critical condition since February 9, when she was shot in the head at a protest in Naypidaw.

At the time, a source with direct information about the victim said she was taken to hospital with a gunshot wound in the head. National League for Democracy Party (NLD) spokesperson Kyi Toe said in a Facebook post that a bullet had pierced the motorcycle helmet she was wearing.

Video footage of the incident circulated online showing a young woman suddenly falling to the ground while taking cover from a water cannon at a protest.

Rights group Amnesty International analysed images and footage from that week, following verification of that images, which showed an officer holding a “Myanmar-made BA-94 or BA-93 Uzi clone.” 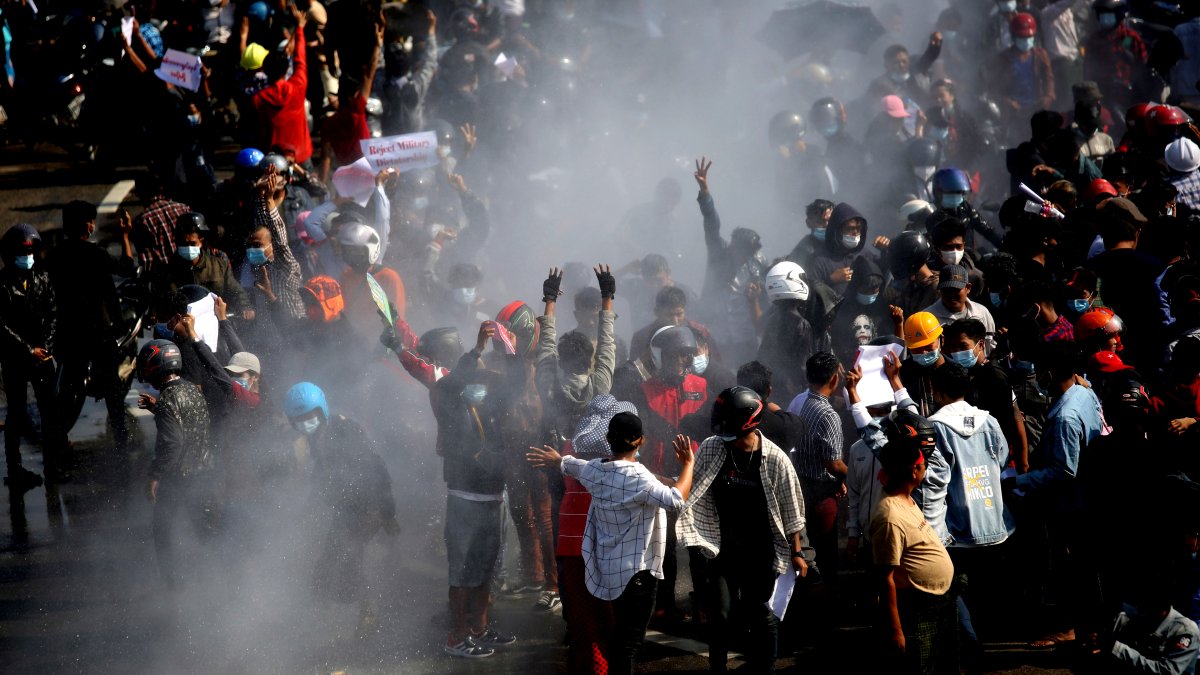 In a statement, the head of Amnesty’s evidence lab Sam Dubberley said: “The serious injuries sustained by this young woman were caused by the Myanmar police firing live ammunition directly towards peaceful protesters.”

Myanmar’s military posted on its Facebook page on February 10 that it only used anti-riot weapons at the riot near the Thabyegone Roundabout and was investigating reports that two protesters had been injured.