Johannesburg – Former South African Airways (SAA) board chair Dudu Myeni on Wednesday said she was exercising her right to not incriminate herself so she would answer questions of the state capture commission where she could and would also remain silent when she had no answers.

She appeared at the state capture inquiry remotely via video link where she said there was a connection problem from her side. 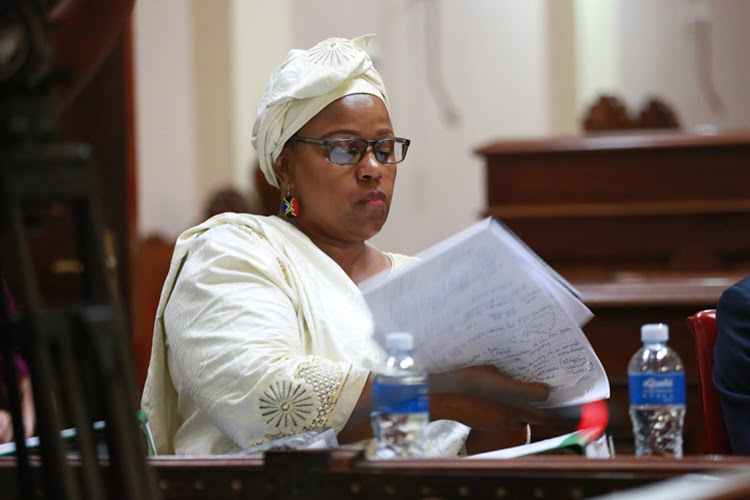 Myeni had been advised to appeal a High Court ruling that declared her a delinquent director for life and that matter is before court.

She says she wanted to answer once and for all the false accusations that had been made against her.

I’m in a very difficult position because before me there is a court order directing that I be charged. I am anxious that I am compelled to forgo my constitutional right not to incriminate myself. The court judgment which I have been advised to appeal is before the commission and therefore I would like to exercise my right and answer where I can, but be silent where I can.”

Myeni’s lawyers said they were at the commission because they didn’t want to be in contempt and said they would be failing her if they allowed her to answer any questions that may be incriminating.