LONDON- The new wave of development of self driving cars can solve the issue of humans falling asleep whilst driving researcher says.

The goal of a complete driver-less cars is considered top of a six-level scale of autonomy, and researchers believe it will one day be possible.

Anna Anund of the Swedish National Road and Transport Research Institute who presented the researcher said,”

Under level three you’re not allowed to sleep, you need to be there and able to do things. But you don’t need to drive all the time. You can have your office there, or relax. Then the system tells you, ‘OK, in 10 minutes you need to take over’,” “It will not spray water in your face,” said Anund, who is leader of a project focusing on developing software for such sensor systems. “If we are talking about truck drivers, their main problem is they have been driving on the motorway too long doing nothing. Then the countermeasure could be to communicate [with] the driver, ask them to do things,” she said. “If you are driving in the middle of the night, then nothing will help except stopping.”

Ian Reagan, from the Insurance Institute for Highway Safety in the US, said issues around self driving semi automated cars need to be tackled, he said,”

“Anything less than fully automated driving will introduce new challenges for the people who ride along. Experimental studies demonstrate that drivers can fail to notice when systems reach their limits and can have trouble retaking control of the vehicle, especially in emergency situations.” 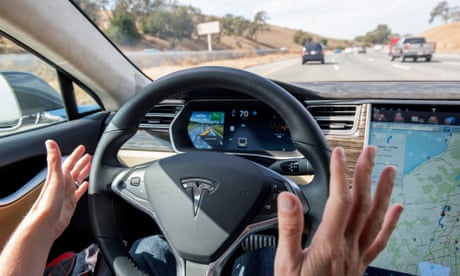