Osaretin Imajiyereobo, Head of Department Voter Education and Publicity in Plateau State, confirmed the fire in a statement on Sunday.

Mr Imajiyereobo said election materials such as ballot boxes, PVCs, and voters registers were among the things burnt down. 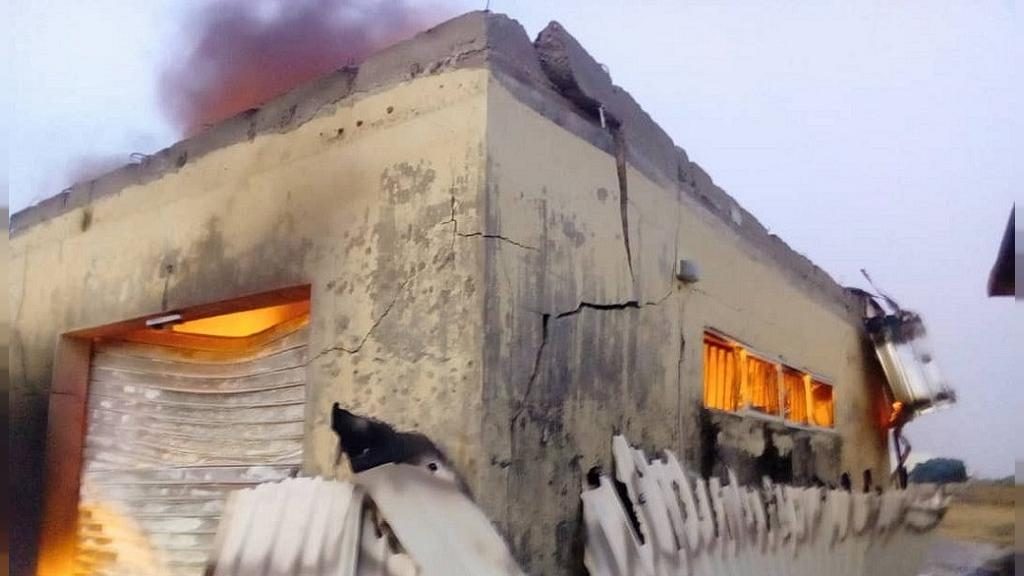 According to Mr Imajiyerebo, the incident was caused by a drunken security man.

The identity of the security man and the time the incident occurred were not mentioned in the statement.

“The INEC office in Qua’an Pan has been engulfed by fire causing a setback for the preparations for the general elections in the Local Government Area,” the official wrote.

“A drunken security man was said to have caused the fire outbreak. The office is completely burnt with all its content ie Ballot Boxes, Generators serviced and filled with fuel, cubicles, newly printed electronic and manual Voters Register, uncollected PVCs, materials for the preparations of RAC and other materials yet to be identified.”

The official said a management team led by the Plateau INEC Administrative Secretary, Gbadamasi Rasheed, was on its way to the area to assess the situation.

Qua’an Pan LGA is among the six LGAs in the Southern senatorial district of Plateau State.

@inecnigeria office in Qua'an Pan has been engulfed by fire causing a setback for…
READ MORE: https://t.co/TOQdhhRwCF pic.twitter.com/ZGxmh2syhq

-The INEC in Qua'an Pan LGA of plateau state has been razed by fire.

The office is completely burnt with all its contents. Election material destroyed; Ballots boxes,uncollected PVCs,etc.
A drunken security guard was said to have caused the fire outbreaks. pic.twitter.com/g1t014wllO