Manchester City’s Pep Guardiola has become the fastest manager in the history of English football to record 200 victories with a single top-flight club. 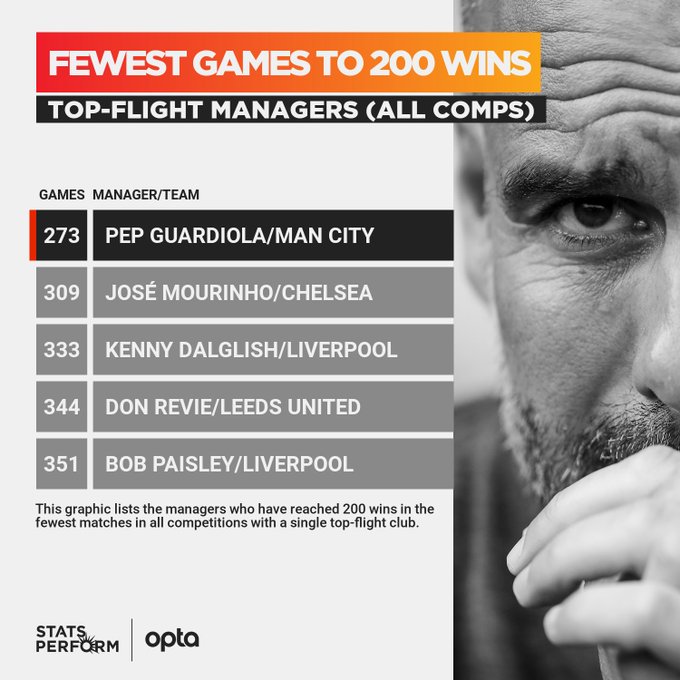 Guardiola recorded his 200th victory across all competitions as Manchester City’s manager on Saturday after his side beat West Ham 2-1.

In such doing, Guardiola became the quickest manager to reach the milestone with a single club in England’s top-flight after achieving the feat in his 273rd match in charge. 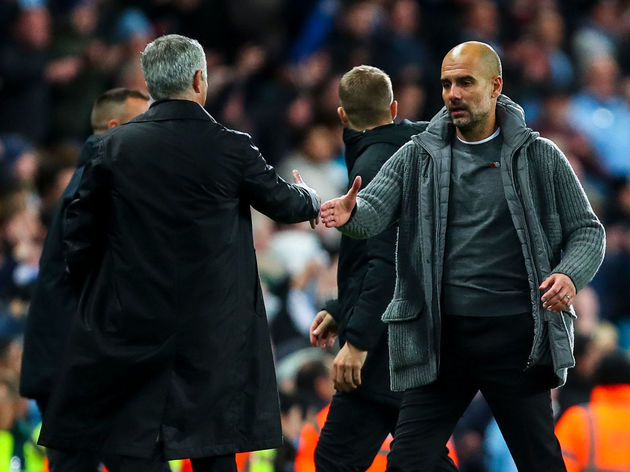 Guardiola beat the previous record held by Jose Mourinho who reached the milestone in 309 matches across his two spells with Chelsea.