Johannesburg – Heavy rain over Manchester delayed the start of play on the fourth day of the third and final Test between England and the West Indies at Old Trafford on Monday, offering the tourists the possibility of a reprieve.

West Indies, who have performed poorly with the bat, were reeling at 10-2 in their final innings after being set an imposing target of 399 runs with the Test and take the series. 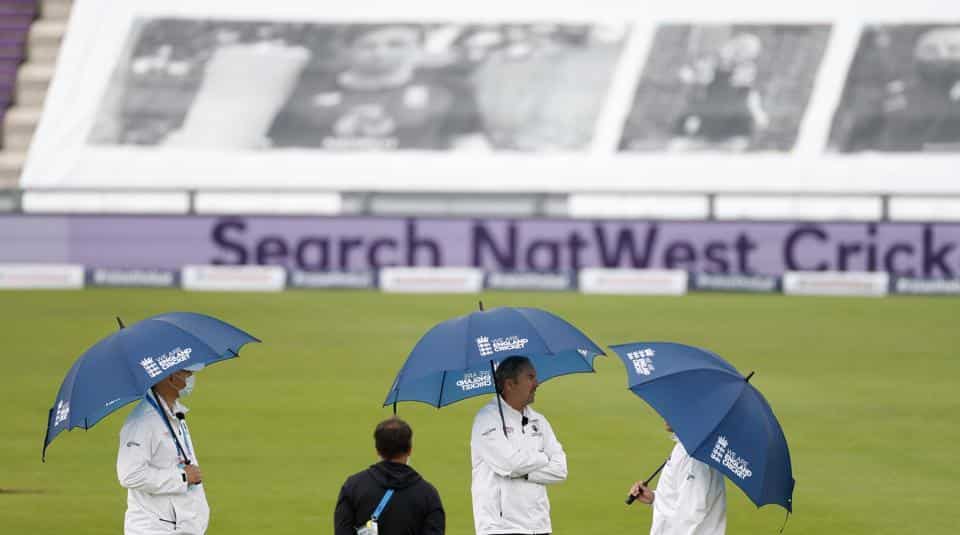 They have two days in which to reach the target nut only eight wickets standing and are facing an experienced England attack, where Stuart Broad is looking for his 500th Test wicket after taking six wickets on Sunday.

Rain was expected for the fourth day, the reason why England accelerated the run rate in Sunday’s evening session, looking to build a large but still leave themselves enough time to bowl West Indies out again and win the Test and the series.

It is expected to rain for much of Monday but play is likely to take place on Tuesday.

The series is level after West Indies won by four wickets at Southampton before England’s 113-run victory at Old Trafford.