Lebani Sirenje, otherwise known as “Rasta The Artist”, has once again made headlines, this time for painting AmaZulu coach Benni McCarthy.

The Zimbabwean-born artist was in Durban this past weekend to celebrate McCarthy’s success with AmaZulu, and of course, he could not leave without presenting one of his paintings to the Usuthu coach. 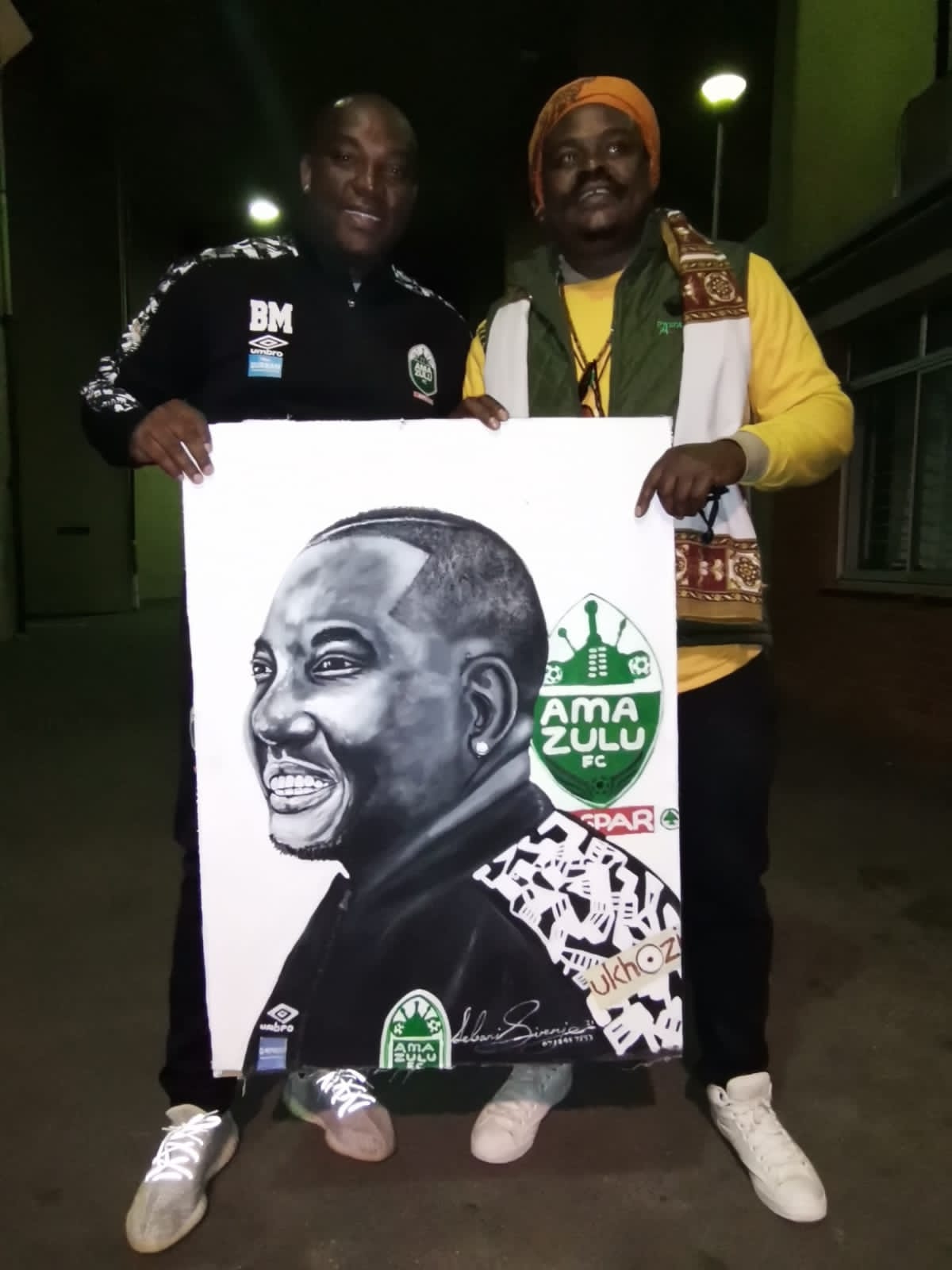 He gave McCarthy and his technical team two paintings, before sharing them with social media followers.

And as expected, the reception Rasta received was hostile, with the majority saying the person in the paintings was definitely NOT McCarthy. 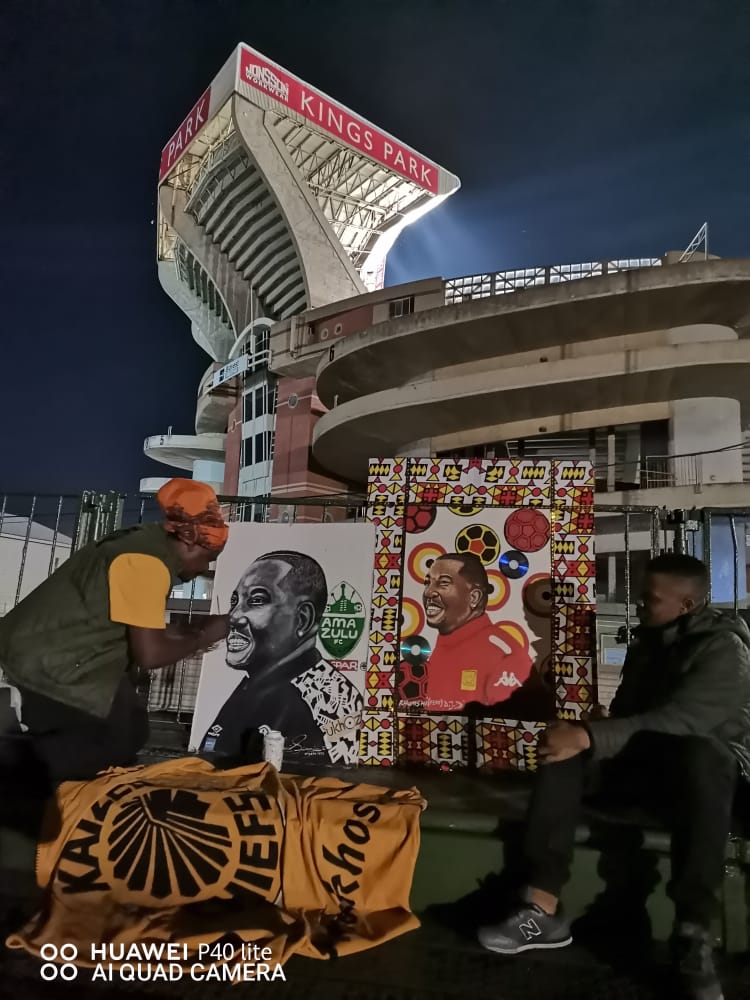 Nonetheless, McCarthy at least appeared to be ‘OK’ with Rasta’s paintings in the pictures shared by the South Africa-based artist on Twitter.