Over 35 religious leaders from seven different church mother bodies in Zambia pledged to support the country’s goal to eliminate malaria through advocacy and resource mobilization.

The Western Province Permanent Secretary Danny Bukali said the government, through the Ministry of Health and the End Malaria Council (EMC) had rolled out a number of malaria programmes in Western Province, and that there is a great need for religious leaders to get involved in those programmes if malaria elimination is to be achieved. 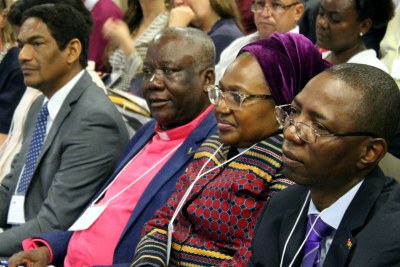 Clerics can influence their church members’ behaviours so they remain healthy, explain Bukali. He said it is important for clerics to collaborate with the government for the joint effort of malaria elimination.

Bukali further said the government was already working hard to eliminate malaria cases in all parts of the country.

“Malaria has been known to be one of the major diseases that cause more deaths in Zambia. For this reason, the Government under the stewardship of His Excellency President Edgar Lungu is working with all stakeholders and other cooperating partners to eliminate malaria,’’ he said.

EMC member, Bishop David Njovu of the Anglican Diocese of Lusaka, said the council will continue working with the government in sensitizing religious leaders on how to involve themselves in Malaria elimination programmes.