JOHANNESBURG – Kaizer Chiefs says it’s disappointed in the attack of a woman by soccer fans at the Moses Mabhida Stadium.

Video footage of the female security guard being kicked in the chest has caused widespread outrage with calls for the perpetrators to be arrested.

The riot started after chiefs lost to free state stars in a match last night.

Kaizer Chief’s Vino Maphosa says, “We’re obviously connecting and consulting with all necessary elements of the match, this includes security, the commanders, medical teams. We understand there are supporters that have been admitted at hospital. We’ll be visiting those hospitals” 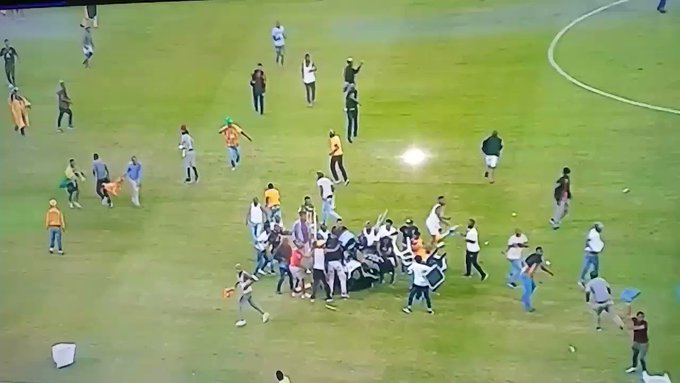 Don’t let Steve Kompela’s resignation distract you from the fact that Kaizer Chiefs fans (mostly men) beat up a female security guard until she was unconscious. #NedbankCup 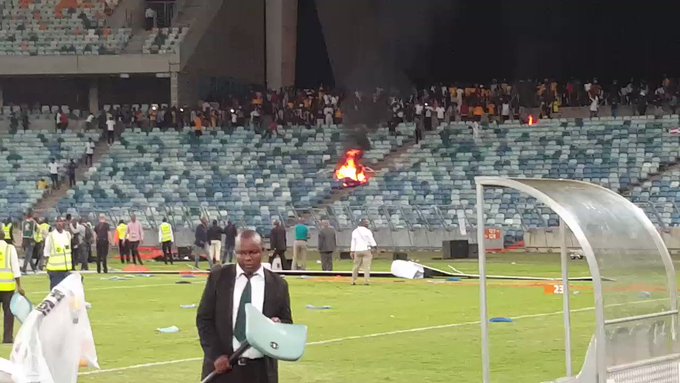 About four fires have been started!! #NedbankCup 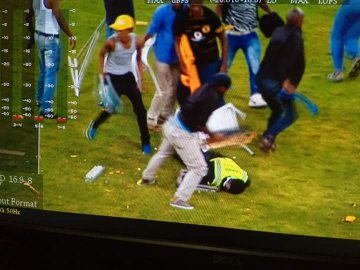 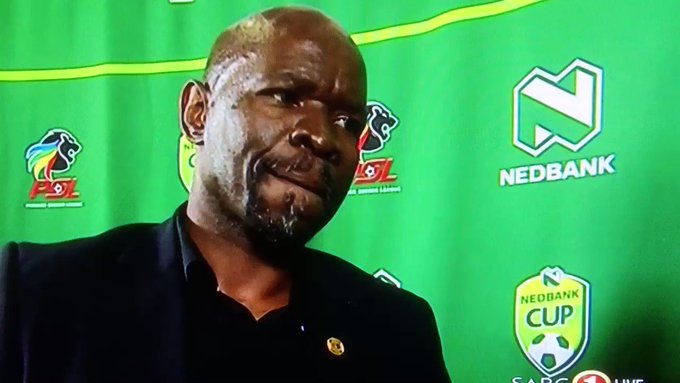 Stadium Managements says due process needs to be followed for the perpetrators to be held accountable.

After making numerous attempts to escape, the woman eventually lied motionless on the ground and police and security could be seen rushing to her rescue.

One fan kicked her in the upper chest, a kick that collapsed her to the ground.