Russia – Russia has begun voting on constitutional reforms that could allow President Vladimir Putin to serve another two terms in office.

The official is set to take place on July 1, but authorities said they were opening polling stations a week early to stop overcrowding amid the pandemic.

Activist on the opposition Alexei Navalny has said that the changes will allow Putin to be “president for life”. 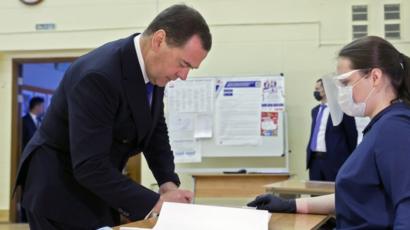 Putin has not publicly said he would run again in 2024 when his current term ends, he has, however, said it is vital that he has the option.

“Otherwise I know that in two years, instead of working normally at all levels of the state, all eyes will be on the search for potential successors,” Putin said in an interview earlier this week.

A rough estimate of 110 million voters from Kaliningrad on the Baltic coast to Kamchatka on the Pacific are eligible to vote. Officials are providing masks and hand sanitiser at polling stations across the country.