JOHANNESBURG – Earlier this week journalist Solomon Izang Ashoms was sentenced by the High Court in Johannesburg to 20 days of jail time with 2 years of a suspended sentence.

Solomon Izang Ashoms a Nigerian born journalist based in South Africa is known to be a fierce critic of prominent Pastors and Churches on social media platforms (mainly on Facebook and Twitter). His attacks and allegations on Pastors often appear personal and defamatory, but he claims to have proof to back all his accusations on them. It appears that for Solomon every pastor is a thief, a fake manipulator, an adulterer and a magician in a priesthood gown. His unverified allegations against men of God often lead to great debate on his Facebook profile and persuades many to blindly believe his views. 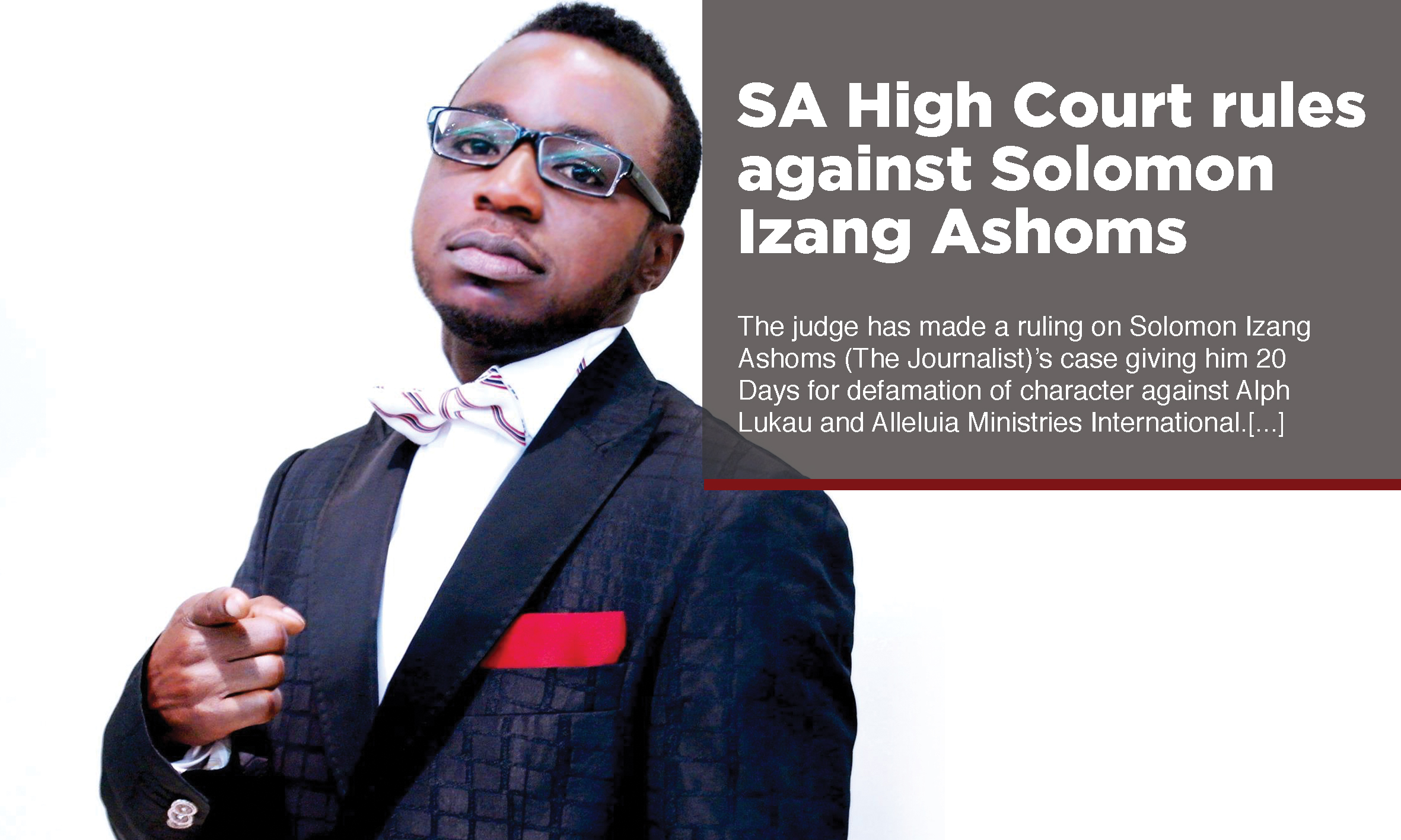 Of the Pastors who have been victim to his slanderous and manipulative attacks include; Pastor CHRIS OYAKHILOME (Love World), Prophet TB JOSHUA (SCOAN), ArchiBishop ZONDO (Rivers of Living Waters Ministries), and Prophet SHEPHERD BUSHIRI (ECG Church) just to name a few. 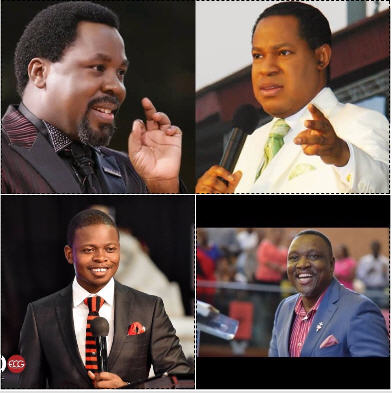 Popular South African Musician Judith Sephuma also found herself a victim of his malicious attacks on Facebook and took to her Facebook Page to publicly dispel the lies and rumours spread against her by Solomon.

Around August 2016, Solomon Izang Ashoms launched a vicious campaign against a Pastor in Sandton, Alph Lukau of Alleluia Ministries International. He went on a rampage against him on every possible platform (radio, newspapers, tv and social media) making unbelievable allegations against the said Pastor, his family and his church. He claimed he had proof to substantiate his allegations and insults, and managed to convince some that he was speaking the truth. In his smear campaign against Pastor Alph Lukau, other media houses who believed his lies got interested in the story and ran with it on their respective platforms.

Unable to justify himself Pastor Alph Lukau took the matter to court to challenge Mr Solomon Izang Ashoms and every media platform that spread unfounded lies about him.

Confronted with the truth, it became evident that Mr. Solomon Izang Ashoms had made up all his allegations against the Pastor, his wife, his children and the church with malicious intent to cause him harm. Consequently; 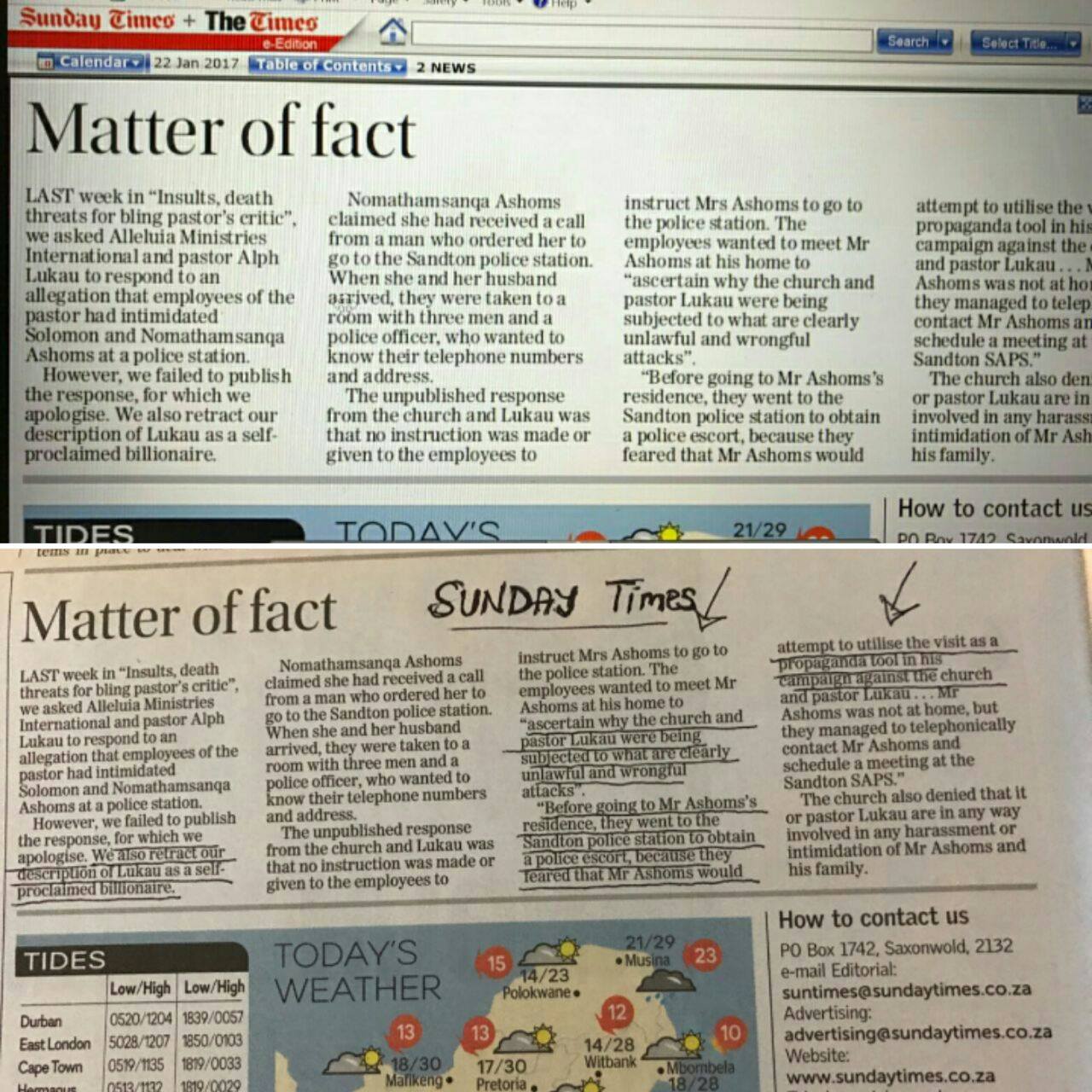 –  SABC 2 gave the church an opportunity on air to set the record straight on the allegations of Solomon about the Pastor, his family and the church.

When given opportunity by the court on his accusations, it was discovered that Solomon Izang Ashoms had no evidence, no witnesses or proof of his allegations, and that they were all pure lies.

In a letter written by himself he unequivocally apologized to Pastor Alph, his family and the Alleluia Ministries Church. In the same letter he says that his defamatory allegations were unfounded and untrue, they were meant with an ulterior motives to cause harm and for that he was sorry. 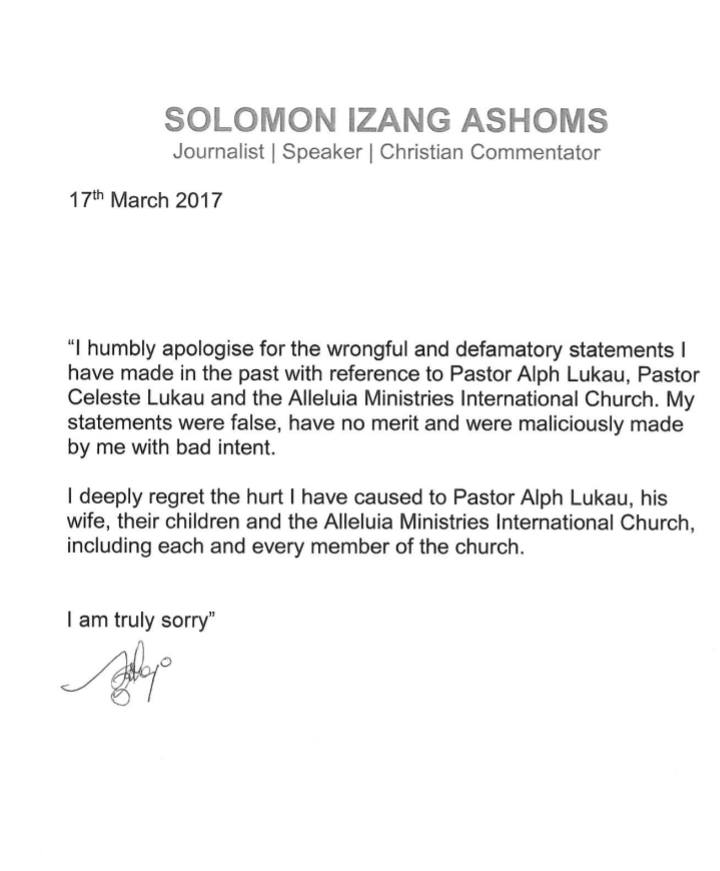 He further committed never to repeat such unfounded and defamatory allegations against Pastor Alph Lukau. His letter was made an order of the court and the matter put to rest as Pastor Alph decided to forgive him and let it go. 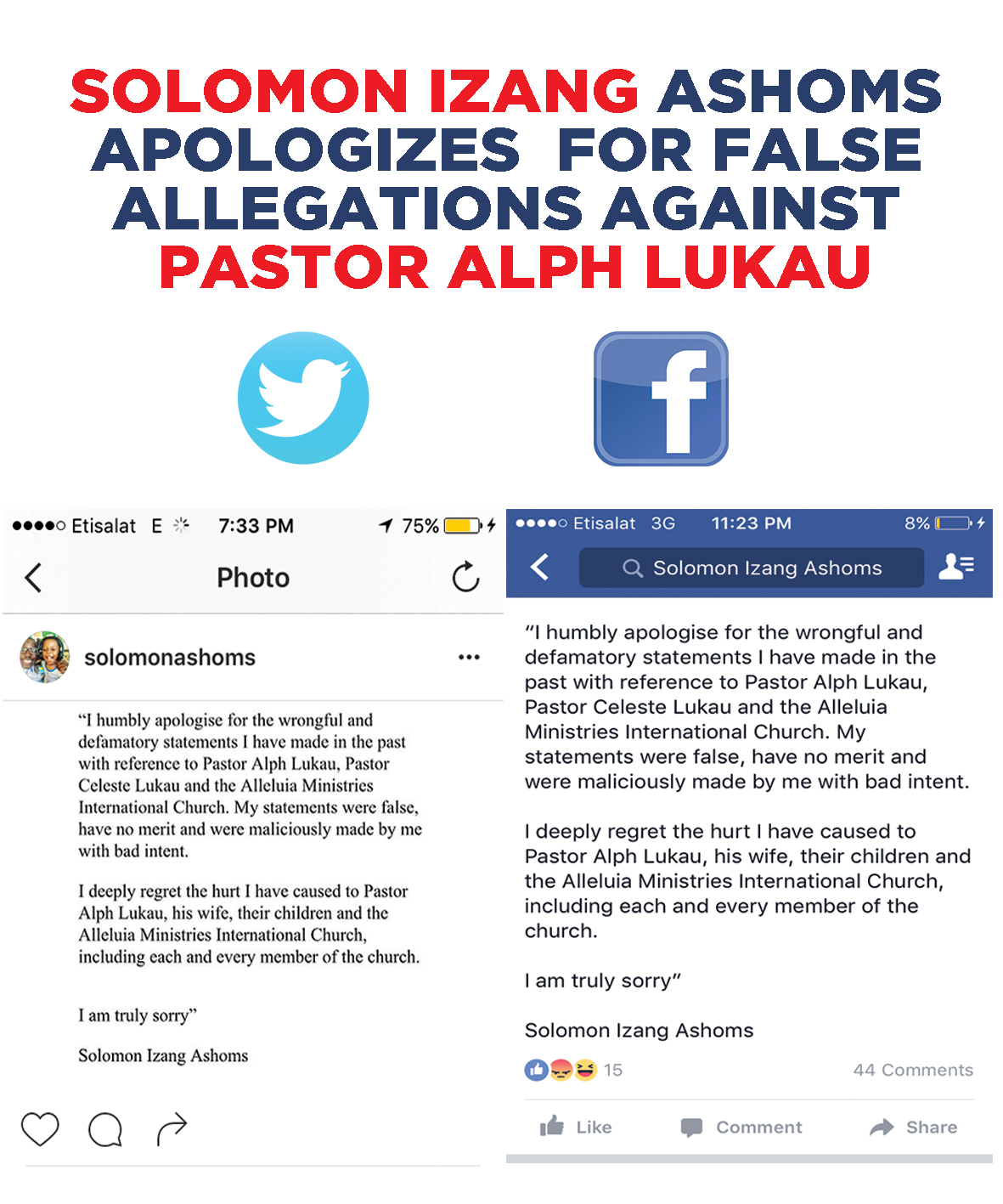 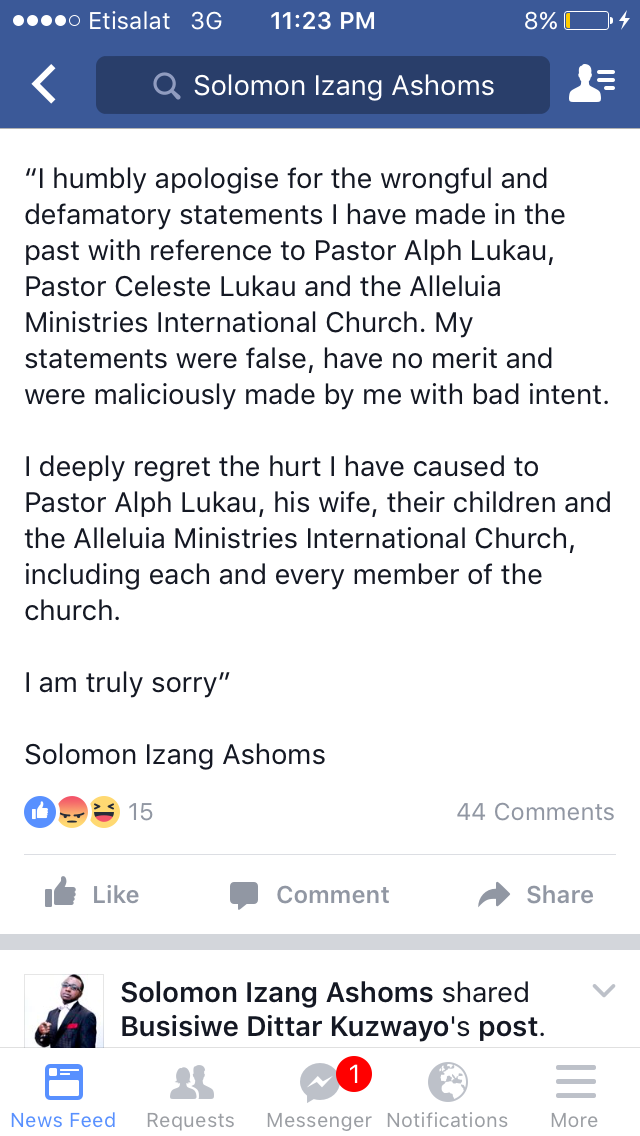 But it seems that Solomon cannot help it but abuse his freedom of expression by hurting others unfairly, ignoring the fact that the law works for everyone and defamation is a serious crime that can land you up to 10 years in prison. He recently went back on social media making allegations and unfair comments on Pastor Alph and the church so on the (17 November) the HIGH COURT OF SOUTH AFRICA found him guilty and in contempt of court; he is sentenced to 20 days in jail with 2 years suspended sentence should he make again any false allegation against Pastor Alph in private or in public. 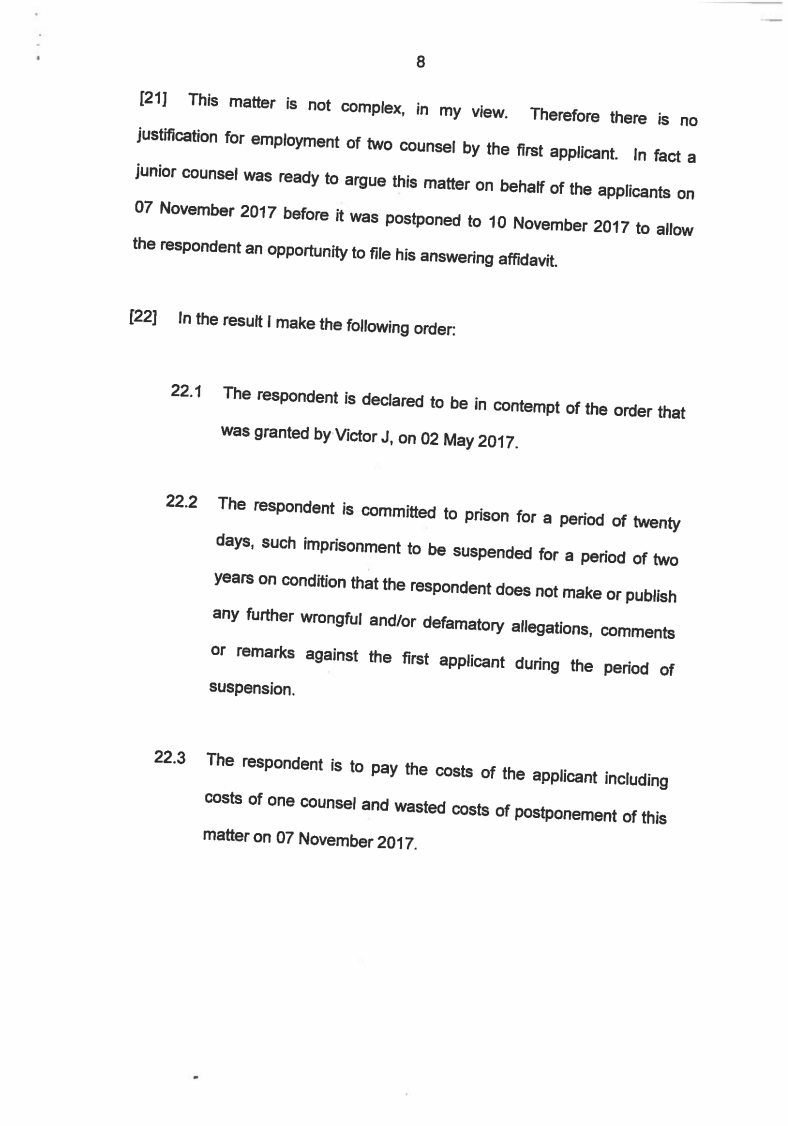 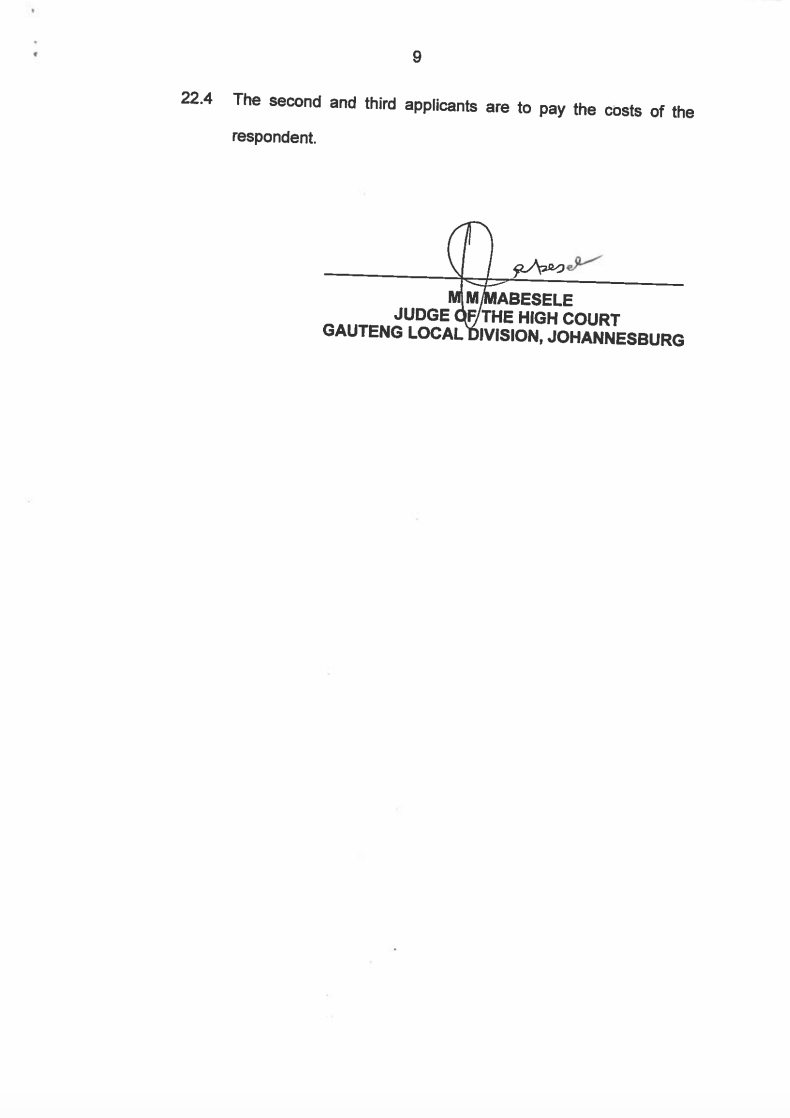 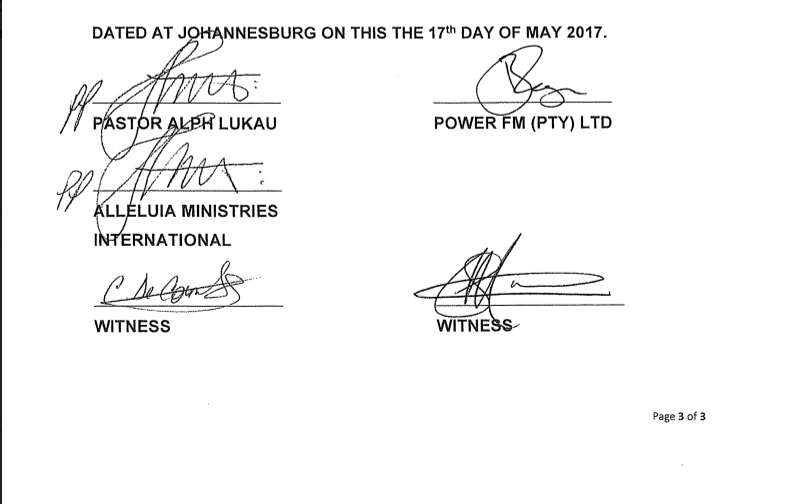 Contributing Editor Salome writes – “I first learnt of Solomon Izang Ashoms a few years ago in my home country of Nigeria as he launched a vicious attack of slander on prominent Nigerian pastor Chris Akhiyilome of Love World Ministries. He also went on to attack TB Joshua and yet again with not a shred of evidence to back his claims except for the fact that he is against prominent Christian leaders. What Pastor Alph of Alleluia Ministries has done sets a precedent in how journalists have the right to freedom of speech but no man has the right to slander, conjure lies and defame another under any circumstance. And in this case the law has taken its course and it has been exposed that he lied about all these pastors for his personal benefit.
I put it to you – is it legally, ethically and socially permissible for a journalist to create and fabricate news to suit personal fame? If someone has the title “journalist” should that not mean one who presents facts and truth with no personal agenda? It is time that freelance journalists are brought to book and governed by the law without affecting the lives of innocent public figures.” 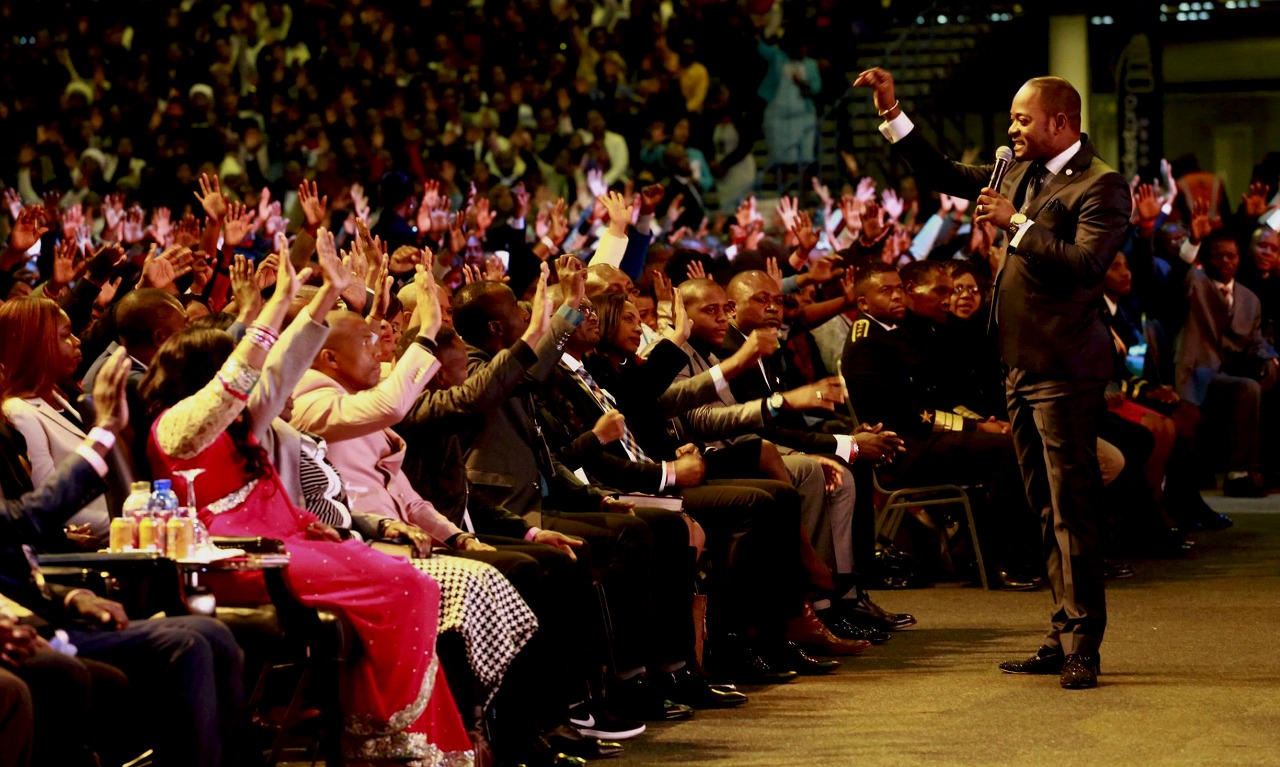 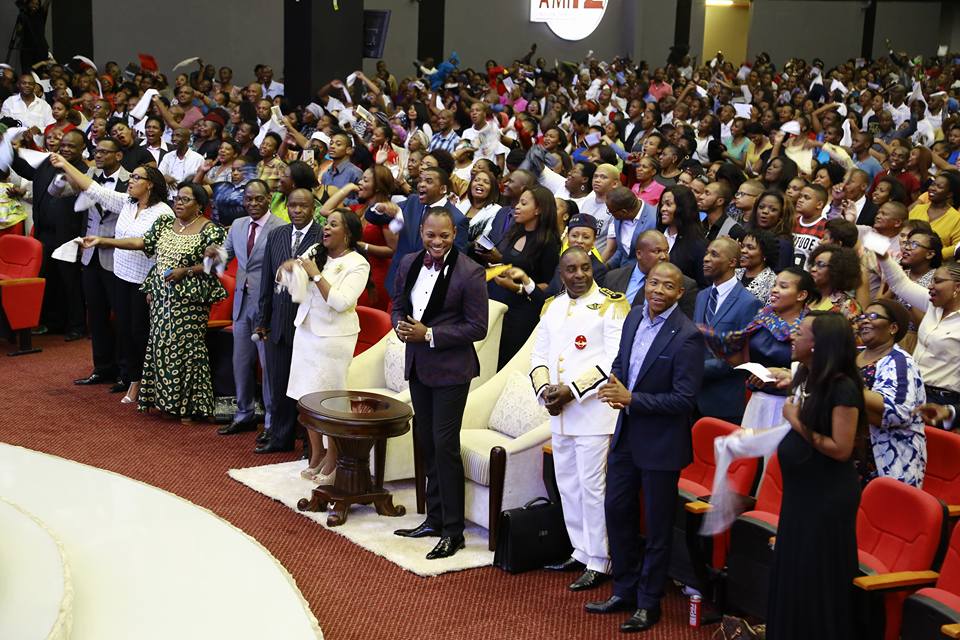 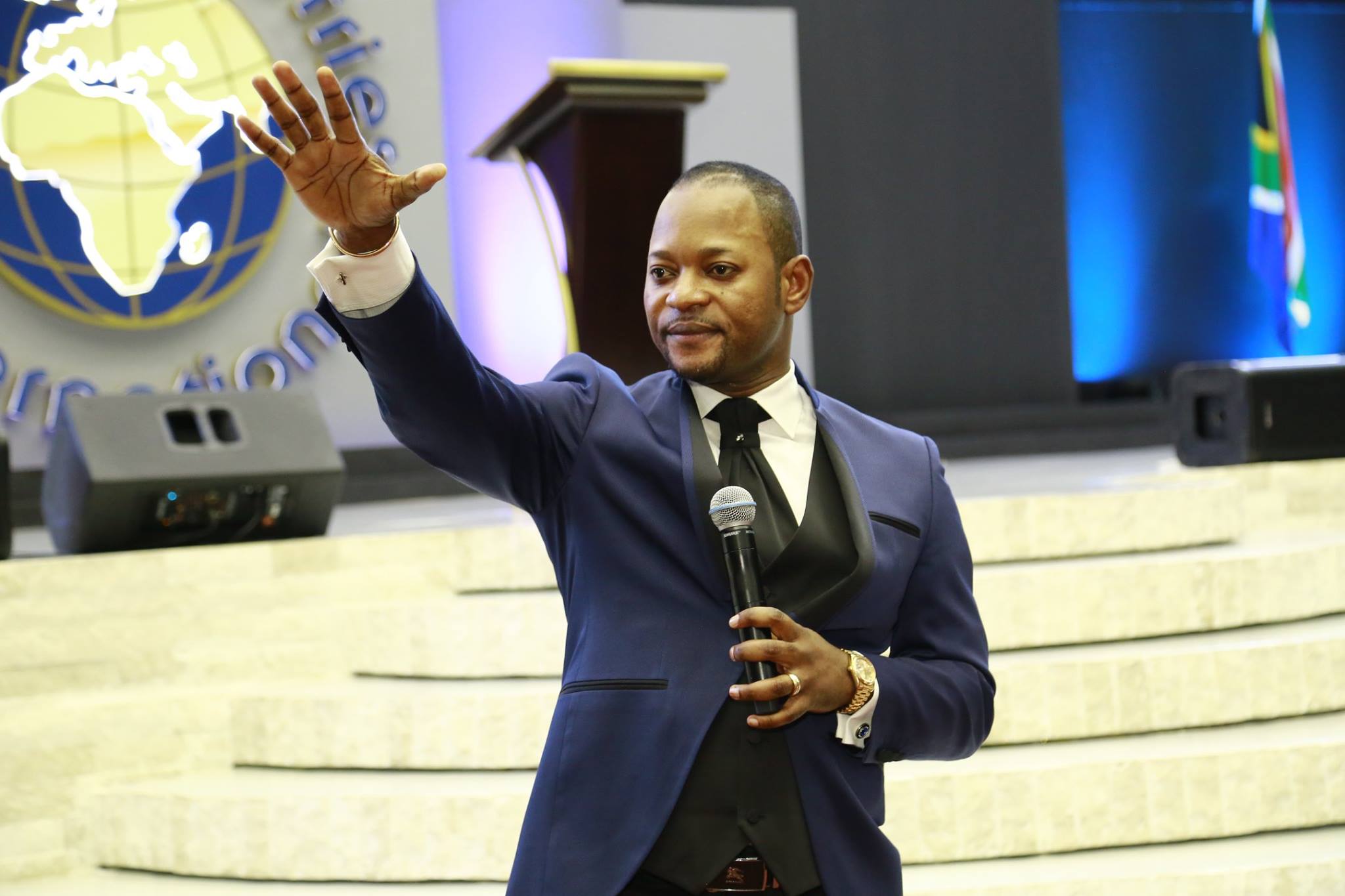