Durban – The Sharks will look to one of their favourite son sin Lwazi Mvovo to help them out of a jam when Super Rugby Unlocked and then the Currie Cup get cracking at the weekend.

The 34-year-old veteran of exactly 200 games for the Sharks had quietly gone into retirement after Super Rugby ended in lockdown in March, but he has been persuaded to come and help his old team as injuries have hammered the Sharks’ depth in their back three. 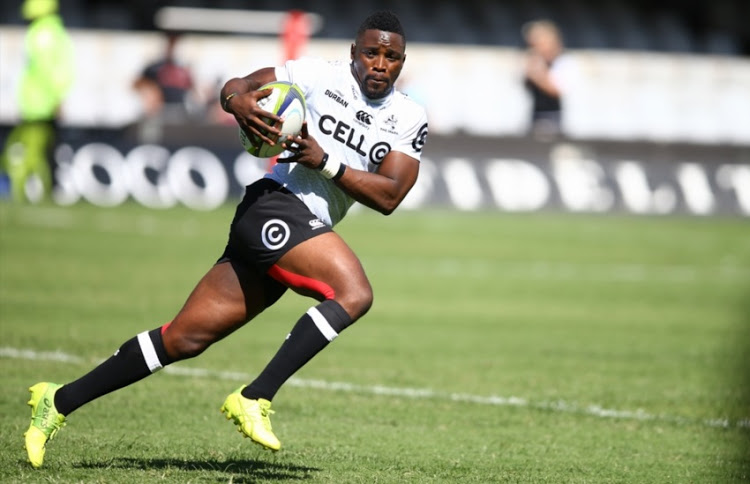 The team has lost Aphelele Fassi to a shoulder injury for the rest of the year, and wings Sbu Nkosi to a sternum and Madosh Tambwe to a hamstring injury, while Makazole Mapimpi has left for Japan and will only be back in the new year.

The Sharks do have reinforcement on the way in former Lions and Griquas fullback Anthony Volmink, but the 30-year-old will only arrive in November and the team gets back to business on October 9 when they host the Lions at Jonsson Kings Park.

Manie Libbok played fullback fort eh Sharks against the Blue Bulls at Super Fan Saturday last weekend but he is essentially a flyhalf and cover for Curwin Bosch.

Mvovo, who played 17 Tests for South Africa, has played fullback on occasion for the Sharks.