Johannesburg – In response to the advert, #clicksmustfall has been trending on social and women have been posting images of their natural hair, celebrating its beauty.

South African women have turned an offensive haircare advert into a rallying cry to celebrate the beauty of their natural hair. This comes after Clicks described black hair as “dry, damaged, frizzy and dull”.

The backlash began on Friday when a Clicks advert which described different types of hair started trending. The advert, which had four pictures of two black and two white women, described black hair as “dull and frizzy”, “damaged and dry”, while describing white women’s hair as “fine and flat” and “normal hair”.

The retailer has since taken down the images and issued an apology.

“We acted swiftly and immediately removed the offending images, which were provided by a supplier as part of their marketing campaign,” Clicks’ chief commercial officer Rachel Wrigglesworth said.

“As a brand, we recognise that we have a responsibility to use whatever influence we have to remove implicit and explicit prejudice from society, the workplace and our advertising.”

The brand which was being advertised, Tresemme South Africa has also issued an apology, saying the images do not support their values as a brand. 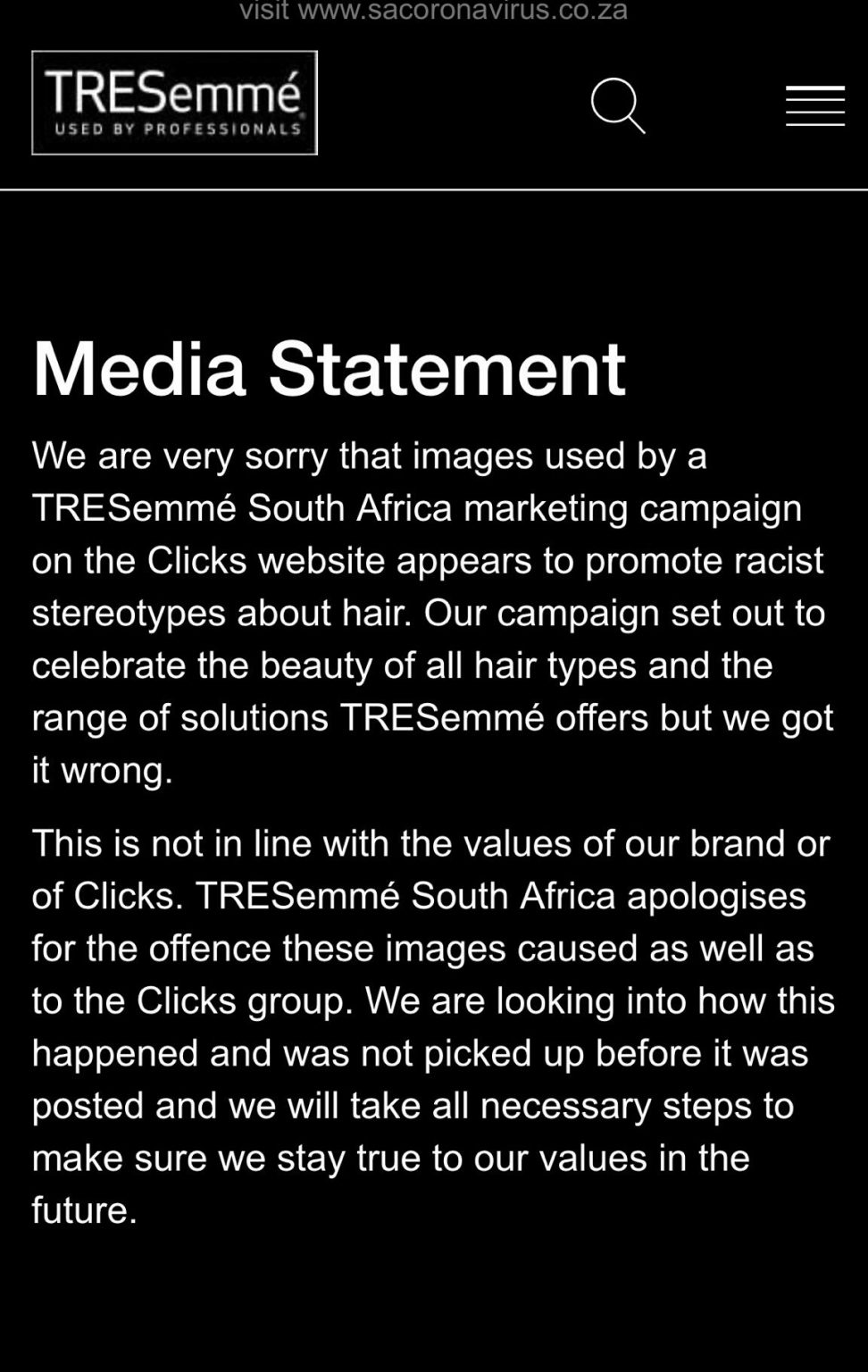 “The campaign set out to celebrate the beauty of all hair types and the range of solutions that TRESemmé offers, but we got it wrong,” the statement on the company’s website said.

“We are looking into how this happened and why it wasn’t picked up, and we will take all necessary steps to make sure it doesn’t happen again.” 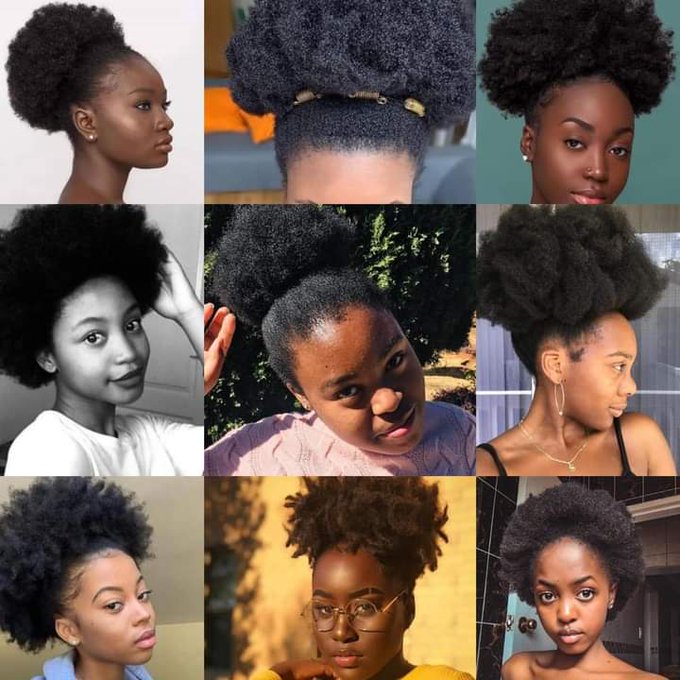 Responding to the advert, #clicksmustfall has been trending and women have posted images of their hair on social media, celebrating its beauty.