MADRID- The first trial in Spain over thousands of suspected cases of babies stolen from their mothers during the Franco era opened in Madrid on Tuesday as an 85-year-old Spanish doctor appeared in the dock.

Around 50 demonstrators arrived in court wearing  yellow gloves and placards with the slogan “Justice” and protested outside the court as Eduardo Vela, who worked as a gynaecologist at the now-defunct San Ramon clinic in Madrid. 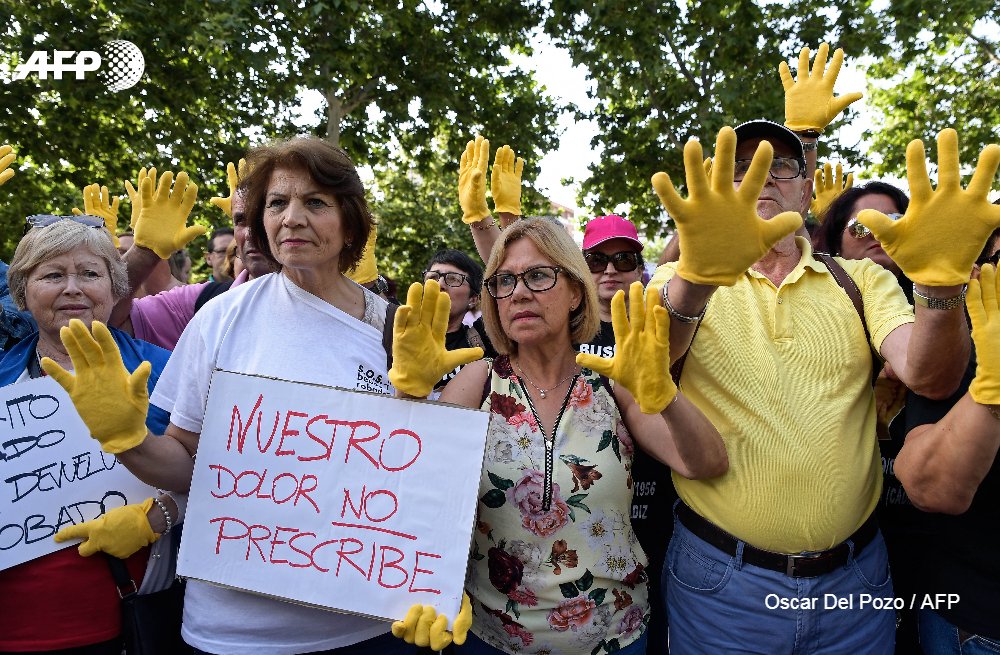 Edurado Vela is accused of taking Ines Madrigal, now aged 49, from her biological mother, and gave her to another woman who raised her and was falsely certified as her birth mother, this was in 1969. 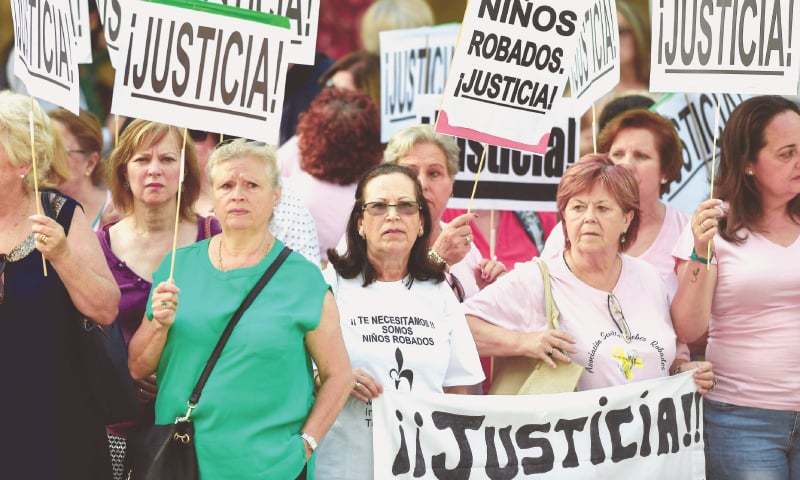 Vela has denied all the accusations when took to the stand.

This case has highlighted one of the dark chapters during General Francisco Franco’s 1939-75 dictatorship, where some newborns of some left-wing opponents of the regime, or unmarried or poor couples, were removed from their mothers and adopted and the practice was later expanded.

New mothers were told that their new borns had died suddenly just a few hours after giving birth and told that the hospital had taken care of their burials but when in actually fact they were given or sold to another family.

Madrigal a railwork and head of the Murcia branch of the SOS Stolen Babies association said she expected Vela not provide the victims answers, she said, “A mother can never forget her son,” she told reporters outside the court.

“Mothers want to tell their children that they did not abandon them… but above all they want to know that they are well.”