Traders in Tanzania and Kenya are likely to feel more pain as the two neighbours wrangle over lorries ferrying goods across their common border.

Members of the business community were worried persisting contradictions would further ruin their fortunes. The High Commissioner to Tanzania, Mr Dan Kazungu,  became part of the fray when he said the two countries should unite against the coronavirus and not against one another. 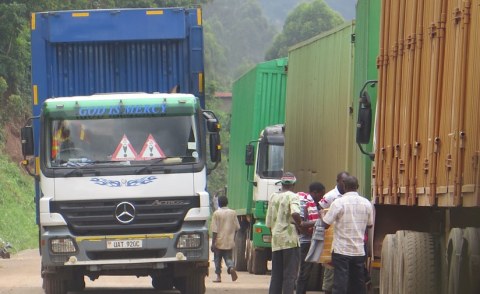 He was apparently reacting to a shock decision announced by the Tanga Regional Commissioner Martine Shingela who on Monday restricted movement of Kenyan commercial vehicles across the common border.

The two sides seemed to lock horns on the issue.

“President Uhuru Kenyatta has sent me here to convey a message of peace and unity. Tanzania is more than just a neighbour to Kenya,”  Kazungu told journalists in Dar es Salaam.

Kazungu added that instead of fiddling over who was the source of the pandemic or not doing what is needed to contain the virus, the two countries should unite to fight the common enemy.