The Thai government has announced an emergency decree to stem largely peaceful protests in Bangkok, including a ban on large gatherings.

In a televised announcement read out by police it said urgent measures were needed to “maintain peace and order”. 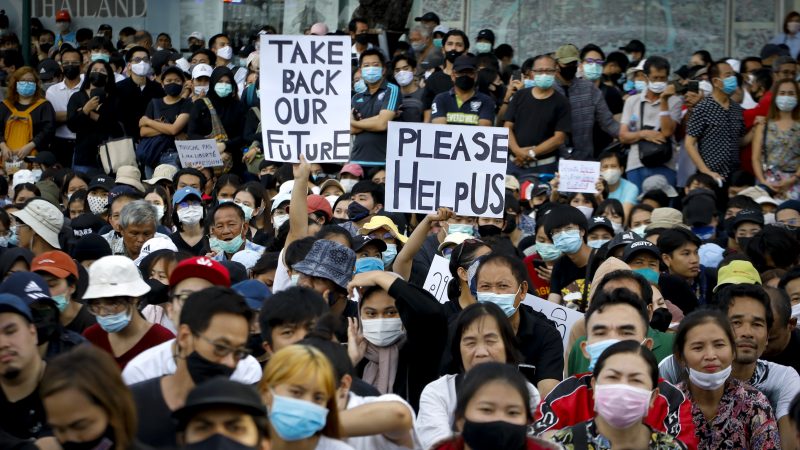 The student-led democracy movement has called for the prime minister to resign.

The emergency measures came into effect at 04:00 local time on Thursday.

Police said they arrested about 20 people, but did not confirm their names. 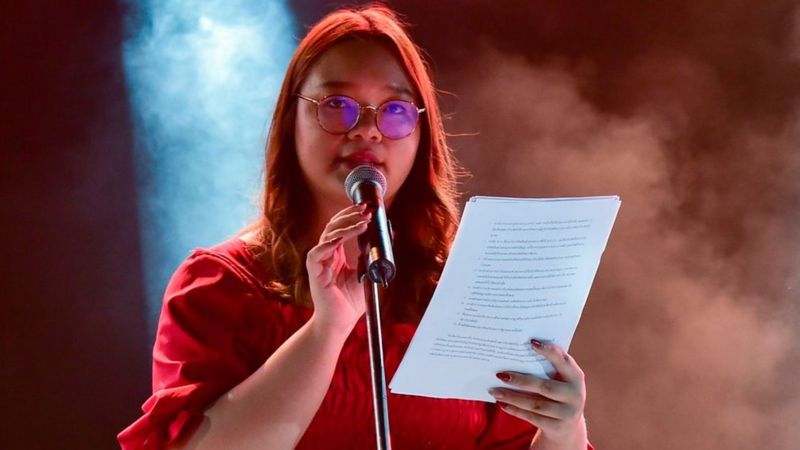 In a widely-watched livestream video police officers were seen reading out charges to Sithijirawattanakul in a hotel room. Another video showed police her into a car as she and her supporters chanted slogans.

Anon, 36, was the first to openly break the taboo on discussing Thailand’s monarchy by calling for reforms in August. Panusaya became one of the most prominent faces of the protests since she delivered a 10-point manifesto urging royal reform later that month.

Both Anon and Chiwarak have been arrested previously over the student-led protest movement that has power swept Bangkok since it gained momentum in July. Sithijirawattanakul, 21, had not been arrested until now.