HARARE – Adviser who spent hours with president says he is ‘upbeat’ despite pressure for him to step down Read next EM Squared Worsening security holds back Africa’s progress Protesters celebrate Mugabe’s departure after a near 40-year rule.

As Zimbabweans poured on to the streets of Harare to celebrate the expected departure of the man who has ruled over them for nearly 40 years, Robert Mugabe sat with a friend, munching corn and reminiscing about old times. 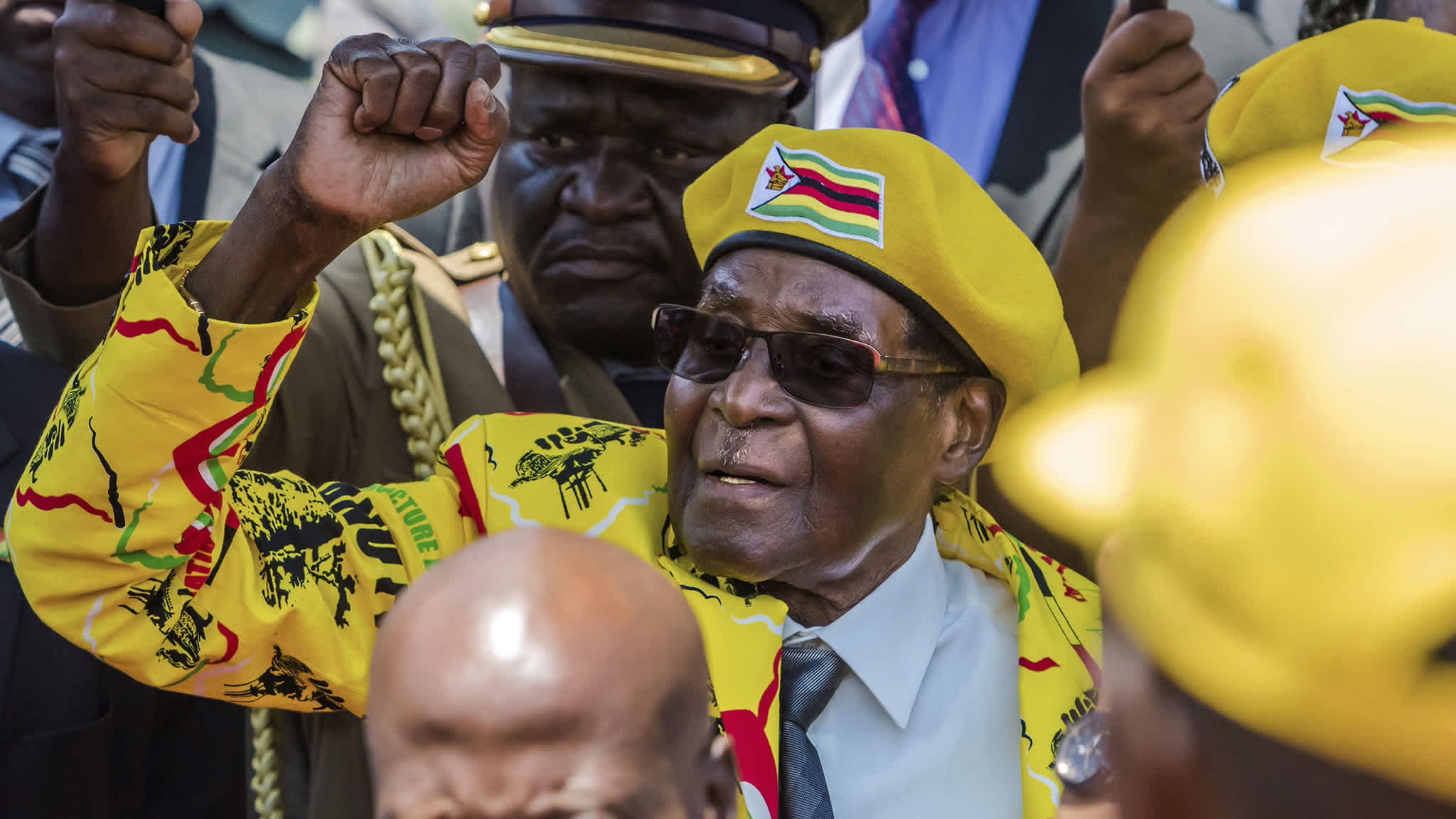 “He was talking about his school days in the 1930s and anthropology and how it impacted on the colonial perception of Africans and their intellect,” said George Charamba, who has been the president’s spokesman and one of his closest advisers for 17 years.

Mr Charamba, who said he spent five hours with Mr Mugabe on Saturday and left him just 20 minutes before talking to the Financial Times, said the 93-year-old liberation hero remained on form in spite of the storms raging around him. Essential stories related to this article Africa Mugabe defies calls to step down as Zimbabwe president The Big Read Zimbabwe: a ‘slow motion coup’ Michael Holman Hope comes to Zimbabwe and Africa at last “In the midst of such a highly charged intellectual conversation, we were munching corn,” he said.

“Oh my God, he was very upbeat and chatty.” Mr Charamba’s intimate account provides a fascinating glimpse into the mind of Mr Mugabe, who as late as Saturday still appeared to believe he could hang on to the presidency if he chose.

Unless Mr Mugabe can muster his legendary cunning to wriggle out of what appears a desperate situation, it also supports the view of those who say Mr Mugabe, surrounded by sycophants and increasingly frail, is in denial about what is happening to him.

Mr Charamba insisted the military had intervened not to force Mr Mugabe out but to “free the president and their commander-in-chief from what they consider negative elements that have been hanging around and that have been responsible for misdirecting him.”

He was referring to the so-called G40 of younger generation leaders who coalesced around Grace Mugabe, Mr Mugabe’s much younger firebrand wife, and encouraged the expulsion from Zanu-PF of many of the president’s old wartime comrades. Prominent G40 leaders have been rounded up by the military.

Zimbabwe after Robert Mugabe Play video “There was a growing feeling that the president was getting estranged from his wartime colleagues and that the whole notion of wartime struggle was now under threat,” Mr Charamba said. People with no liberation credentials “were beginning to hold sway on the president, on Zanu-PF and on the government.”

Mr Charamba regularly wrote columns in the state press taking on Mr Mugabe’s critics and reinforcing even some of his more outrageous policies. His interpretation of events, and presumably that of Mr Mugabe himself, fits the official narrative of the military, which has denied it has mounted a coup.

Instead, it has cast its action as seeking to protect the president from “criminal elements” around him. The military, said Mr Charamba, had guaranteed the safety of the president and his family “not only for now but for all time”.

The principle action, the Hamlet of this drama, is the president and the soldiers George Charamba, President Mugabe’s spokesman and one of his closest advisers Events appear to have taken on a life of their own since then, although the armed forces may be choreographing developments from behind the scenes.

In addition to Saturday’s army-sanctioned mass protests — in which jubilant marchers called for Mr Mugabe to go and waved slogans mainly set in the same typeface — Zanu-PF is preparing to expel Mr Mugabe and parliament is readying to impeach him on Tuesday Mr Charamba insisted that these were “derivative actions” and “fireworks” for the masses.

“The principle action, the Hamlet of this drama, is the president and the soldiers,” he said. Mr Charamba has been present at negotiations between General Constantino Chiwenga, the coup leader, and Mr Mugabe, in which the general made a “slew” of demands, including purging the party of G40 elements and restoring the position of the war veterans.

Although Mr Charamba did not mention it, Gen Chiwenga also demanded that Mrs Mugabe be excluded from politics. Mr Mugabe is due to meet Gen Chiwenga on Sunday, Mr Charamba said, when the same demands would be presented in written form. Fidelis Mukonori, a priest, was also present at the negotiations.

“Both the president and commander of the armed forces are Catholics, which gives you an idea why the father was picked to lead the process of mediation,” Mr Charamba said. “We had the first face-to-face meeting between commander and president on Thursday.”

Gen Chiwenga was still treating Mr Mugabe as his commander-in-chief, he said, adding that the South African emissaries sent to mediate on Thursday were surprised to see Mr Mugabe chairing the meeting, which was conducted in a jovial mood.

Asked if Mr Mugabe had not been shocked at images of tens of thousands of Zimbabweans openly mocking him and urging him to quit the presidency, Mr Charamba conceded: “Certainly it was a protest rally, you can’t run away from that.”

Still, he insisted, Mr Mugabe’s fate would be decided by those wielding power and not by the will of the people. “What we see in the streets is just atmospherics,” he said.