Washington – The United States of America (USA) President Donald Trump has openly upbraided British Prime and alleged ally Theresa May late on Wednesday. Trump rebutted her disapproval of the anti-Muslim propaganda in a political row between 2 leaders.

On a tweet Trump made a suggestion that May should focus defending her country, the United Kingdom rather than criticize him.

Trump tweeted earlier this week. The tweet read: “@theresa_may, don’t focus on me, focus on the destructive Radical Islamic Terrorism that is taking place within the United Kingdom. We are doing just fine!” 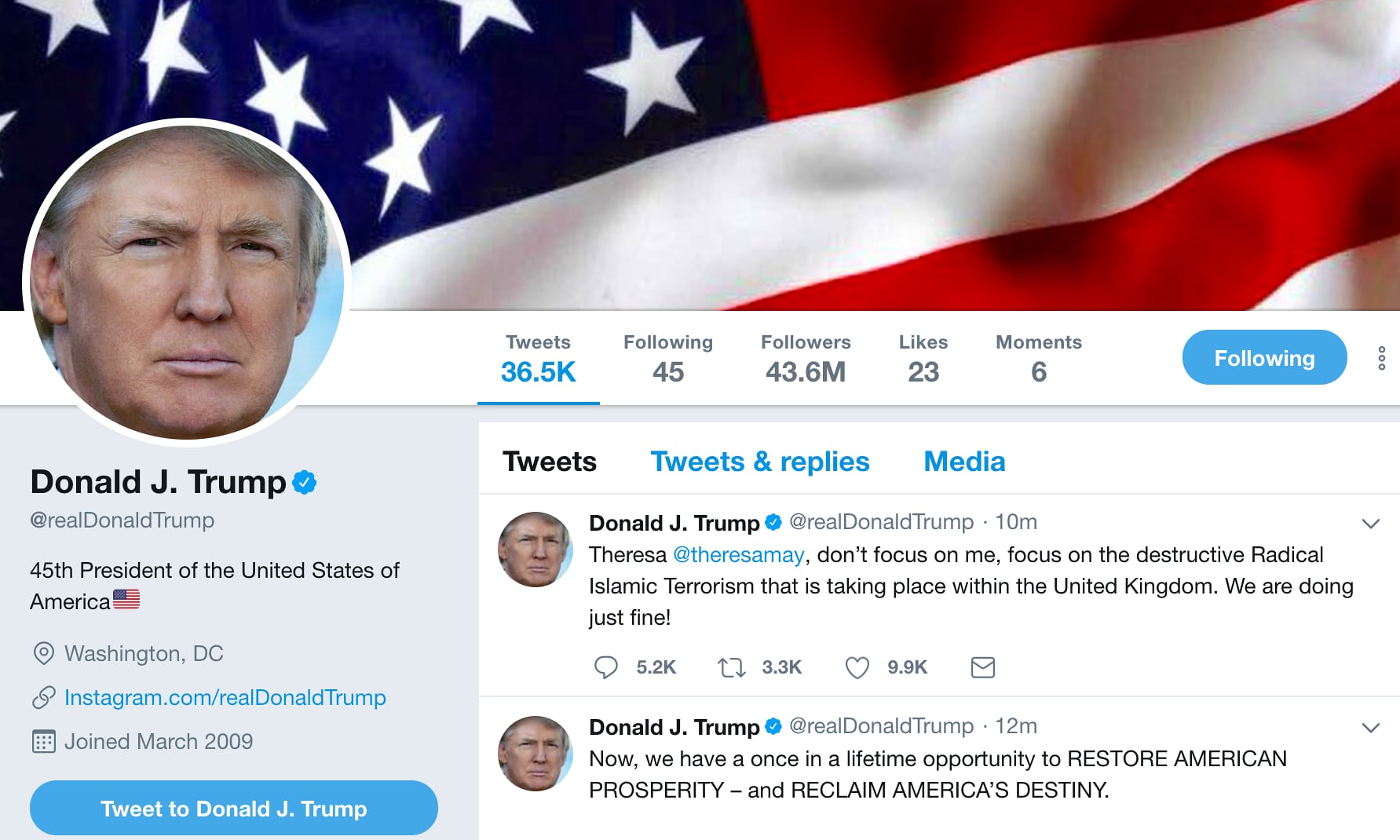 Raj Shah the deputy spokesperson also defended Trump’s actions by saying, “It’s never the wrong time to talk about the security and safety of the American people. Those are the issues he was raising in his tweets this morning.”

One of the videos falsely claims to show a Muslim boy beating a Dutch boy who is on crutches.

The Dutch embassy in the Washington also criticized the US president on twitter which is very unusual.

“@realDonaldTrump Facts do matter. The perpetrator of the violent act in this video was born and raised in the Netherlands. He received and completed his sentence under Dutch law.”