Twitter and Facebook locked President Donald Trump’s accounts and YouTube removed one of his videos after his supporters rioted inside the U.S. Capitol on Wednesday, marking the harshest confrontation to date between the president and the social media companies.

Twitter has also threatened to permanently suspend Trump from the platform if he violated its rules again – even as a chorus of Democrats, civil rights activists and others urged the company to kick off now for stocking attacks on the legitimacy of his election loss. 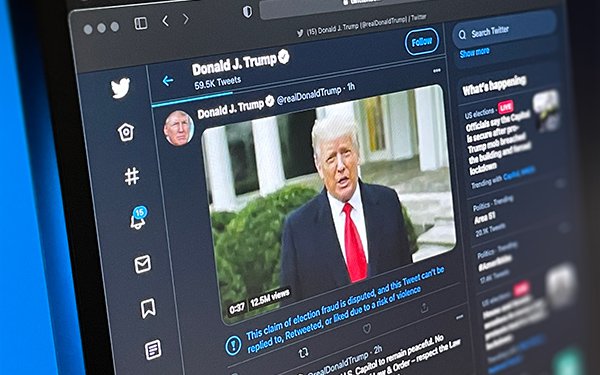 A 62-second video appeared on YouTube, Facebook and Twitter Wednesday afternoon, where Trump repeated his baseless claims that the presidential election had been “stolen” while urging his supporters, who had caused the Capitol to go into lockdown by swarming the House and Senate chambers, to “go home”.

Twitter said it would require Trump to take down that post and two other tweets fanning his false claims about a rigged election, and that his account would remain locked until 12 hours after he did so. 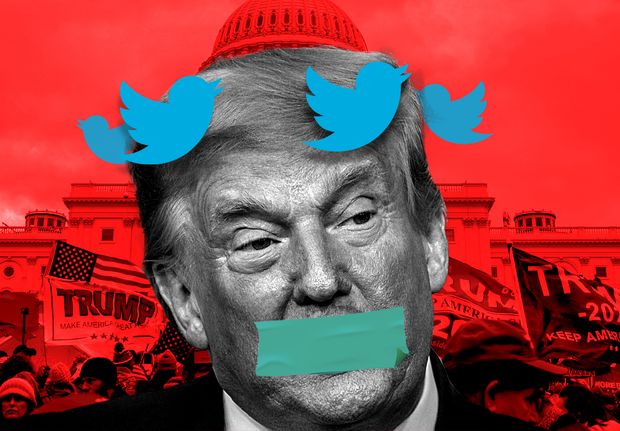 “Future violations of the Twitter Rules, including our Civic Integrity or Violent Threats policies, will result in permanent suspension of the @realDonaldTrump account,” said the company. “Our public interest policy — which has guided our enforcement action in this area for years — ends where we believe the risk of harm is higher and/or more severe.”

Facebook followed suit later Wednesday, saying it would impose a “24-hour feature block” that would temporarily strip Trump of his ability to post. Facebook’s Instagram platform said it would lock his account there too.