According to several unconfirmed reports, Nigerian singers Davido and Burna Boy got into an altercation at a nightclub in Ghana.

A video shared by a Twitter user shows a man resembling Davido attacked by another man reported to be Burna Boy at twist nightclub. 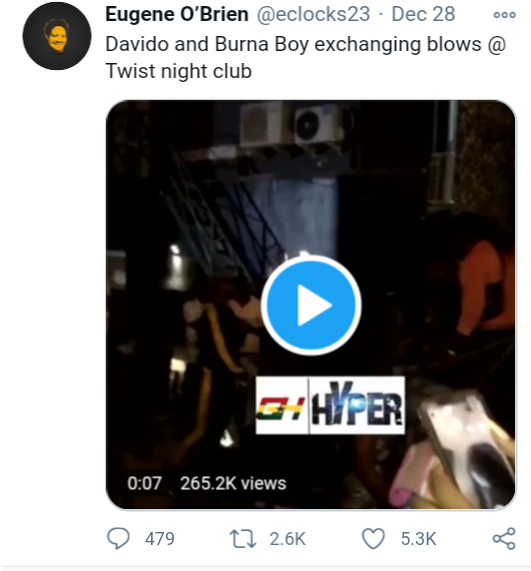 It’s not clear whether the two men in the video are the Nigerian superstars.

While some Twitter users took sides about which of the singers actually won the fight, others likened the fight to the Biblical fight between David and Goliath. 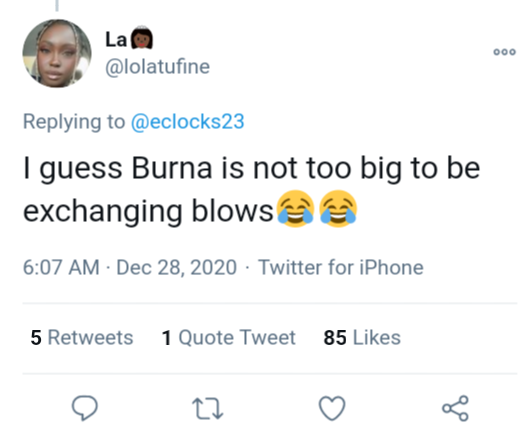 There have been rumours of bad blood between the two singers. In May this year, a member of Davido’s 30 Billion Gang, Aloma DMW, issued a stern warning to Burna Boy.

The warning follows a diss by Burna Boy at Davido. Aloma DMW reacted to the diss saying that Burna Boy was biting the hand that feeds him.

Following the video circulating on social media, Nigerians on Twitter reacted to the alleged fight between the singers. 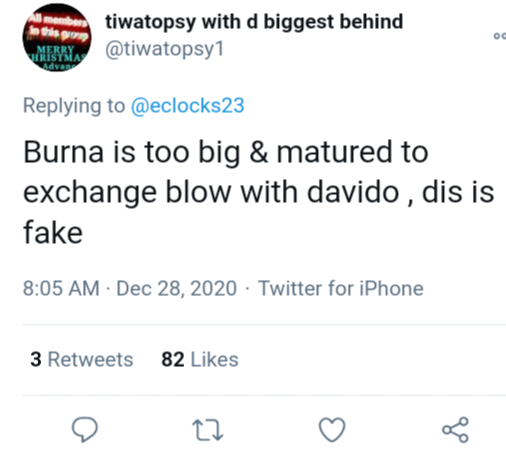 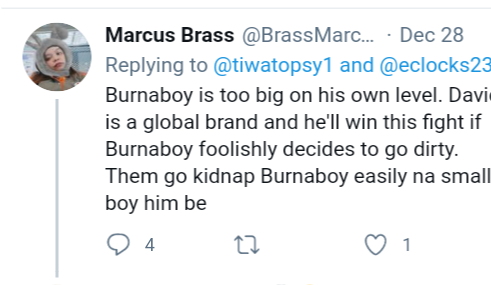