President Donald Trump has returned to the campaign trail less than two weeks after testing positive for coronavirus.

Trump told thousands of supporters, many not wearing masks, that he could give them “a big fat kiss”, at a rally in the battleground state of Florida. 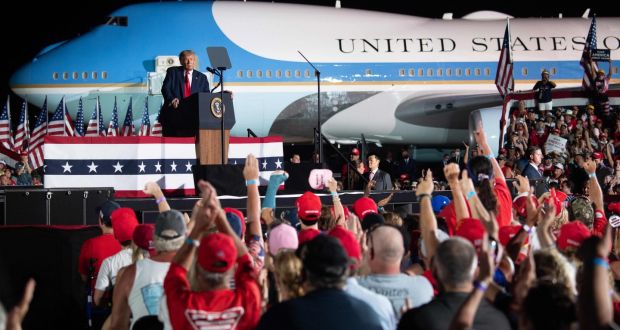 His rival, Joe Biden, speaking in Ohio, accused Trump of “reckless behaviour” since his diagnosis.

The two presidential candidates are scrambling to secure votes with three weeks until 3 November election.

According to opinion polls, Biden has a 10-point lead over Trump nationally. However, his lead in some key states is narrower – as is the case in Florida, where Democrats are 3.7% points ahead. 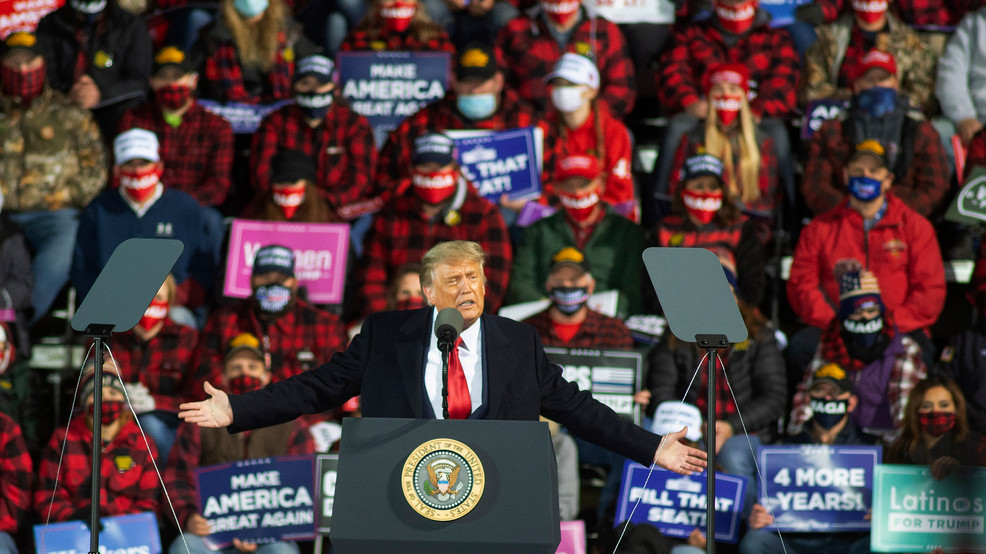 Battlegrounds like Florida and Ohio are crucial for gathering the 270 electoral college votes required to win the White House, which is not determined by a simple count of votes nationwide.

Trump, 74, tested positive for Covid-19 some 12 days ago, and was admitted to hospital a day later.